by ALL MACHINE / EMERGE 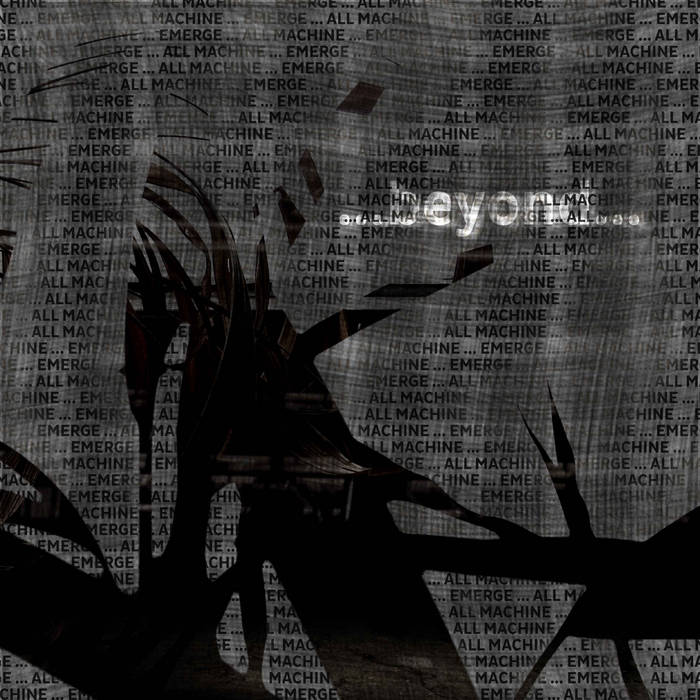 All Machine is Hungarian sound poet Kinga Toth. She is heard live in performance on the first track of this album, first solo and then in an improvised duo with EMERGE. The third track of the album is a composition by EMERGE based on the sounds used for the collaboration.

While the tracks are entitled “…beyond birth”, “…beyond life”, and “…beyond death” respectively, All Machine is, first of all, beyond words. While she does use linguistic material, undecipherable as it is for non-Hungarian-speaking audiences and thus used in a musical/sonic rather than semantic way in this concert recorded in Germany, her voice is mainly used as a forceful instrument of physical performance, with looping and effect devices helping to creating a massive (wo)man-machine sound that finds a fitting counterpart in EMERGE’s ominous treatments that seem to come straight from underground factories where the voice of All Machine tries to assert its humanity in the face of existential alienation.

Ra Sonologyst:
new short work by Emerge in collaboration with All Machine, a sound poet from Hungary. The release spirit is quite avant-garde, especially for experiments on poet voice, who uses that as another physical instrument, in combination with sound treatments by Emerge. Recommended for experimental music lovers.