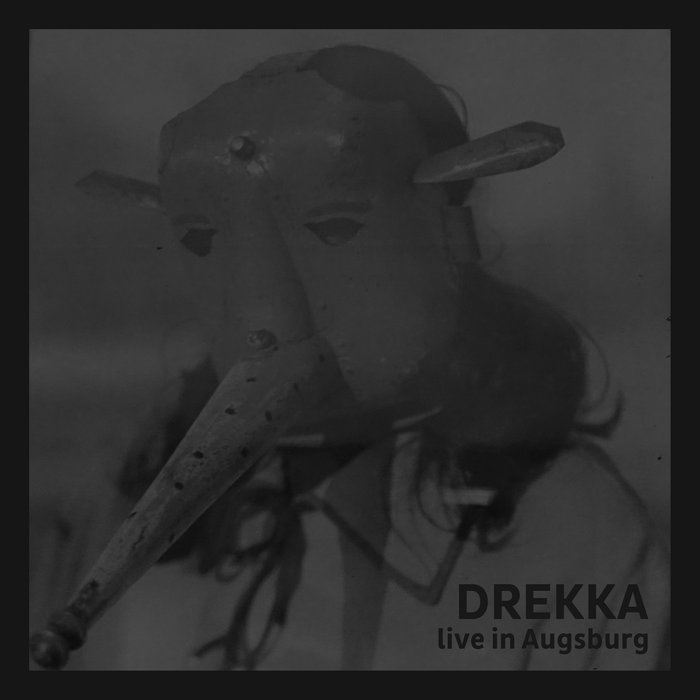 "Anderson's more recent music is, impressively, every bit as cave-bound and inscrutable as the more youthful, mournful cries heard on this LP, but No Tracks in the Snow is a more than viable point to start digging." - Noel Gardner for The Quietus / "No Tracks in the Snow : 1996-2002" (2019, Dais)

Working under the name DREKKA since 1996, composer Michael Anderson has toured, traveled, and collaborated extensively; collecting memories and building a personalized archive of sound that dates back to the mid-1980's.

Drekka has released a large body of work on labels such as Auris Apothecary, Dais, Fabrica, Morc, Silber, Somnimage, and Anderson's own label, Bluesanct. Anderson has also recorded and toured as a member of such as projects as Jessica Bailiff, Dylan Ettinger, In Gowan Ring, Lovesliescrushing, Annelies Monseré, Stone Breath, and Turn Pale.

Drekka owes something to the soundscapes and non-linear impressionism of Cindytalk or COIL, the industrial gravity of Einstürzende Neubauten or Hafler Trio, and the cinematic collaborations of Edward Artemiev/Andrei Tarkovsky or Simon Fisher Turner/Derek Jarman. But his work is singular, unique, and very personal.

Throughout years of performing and recording, Drekka has explored early industrial tape culture, fragile bedroom noise-folk, and expansive cinematic textures. His work and performances touch on themes of silence, memory, and forgetfulness. But rather than obscure himself, as is so often the effect of experimental music, DREKKA functions as a direct line into Anderson's mind and his tenuous cache of memories. These personal aspects and this fragility are clearly on display, rather than being obfuscated by poetic abstractions.

While "haunting" and "hypnogogic" are words often used to describe experimental music and art, DREKKA unequivocally occupies and deals in those dark spaces which comprise the tenuous province of memory and dreams. Those are the real ghosts of time and sound.

But just as prominent, particularly in the live setting, is a sort of confrontation; a wrestling with frenetic energy that approaches mania or ecstasy. Just as DREKKA's recordings serve not to obscure but to exhibit Michael Anderson's mind, his performances serve to exhibit his person, his body. DREKKA's audiences behold not an anonymous face in the glow of a laptop, but a man riding his flimsy card table strewn with tape players, bells, trinkets, metal, and pedals. They behold a man's spirit riding him, contact microphone in mouth, hands shifting cassettes collected over time and distance. DREKKA's audiences behold a confrontation of spirit, body, memory, and sound.