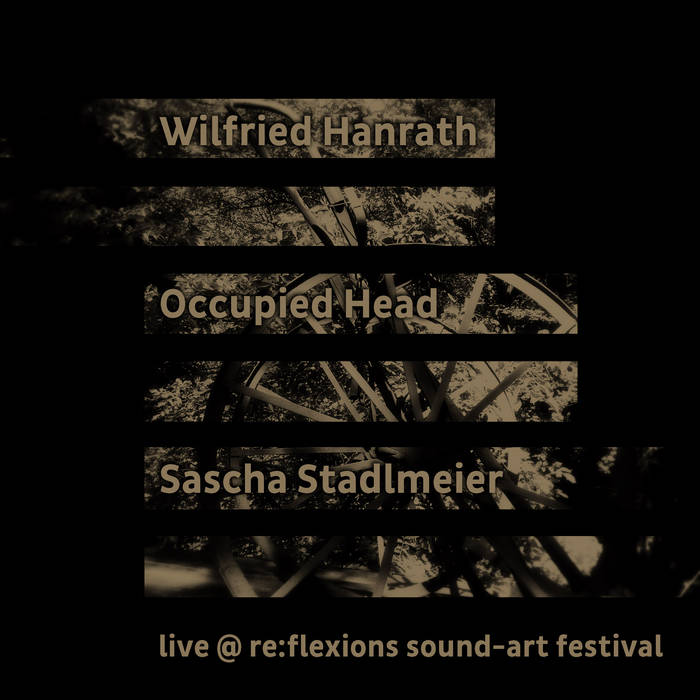 live @ abraxas, Augsburg, 04.07.20
thanks to Gerald Fiebig
recording and pre-mastering by Occupied Head
final mastering, photography and design by EMERGE

video excerpt of the performance:
www.youtube.com/watch?v=3P8MyI2E4_U

born in 1957, grew up in a small town in Germany. Having listened only to classical music at home, it was an epiphany for him when he discovered the psychedelic music of the late 60’s. This was the era of students´revolts, flower power, Woodstock, the emerging of Krautrock and electronic music. He loved rock music and also jazz but felt the coming-together of both in fusion superior. He discovered hardrock bands like Deep Purple playing with Symphonic Orchestras which felt for him like the two worlds he was living in becoming one.
All of this made him want to be a musician when he was 12. He quit his musical education soon after he had begun it – he wanted to play his own music. He bought an electric and a bass-guitar plus amps and a drumset and started to teach himself to play. Years later he started to discover the world of synthesis and started to learn playing keyboards and synthesizers and soon playing electronic music became indispensable for him. Nowadays, he still has the burning – and nourishing – desire to play music. He is member of several ensembles for free improvisation, free jazz-rock, live soundtrack for silent movies, and also creates music in his home studio with no fixed genre, preferably in collaborations, and preferrably mixing genres, ranging
from meditative ambient to jazz and experimental.

Dieter Mauson was born in Leer, a small town in the north-west of Germany. In1982 he started as a bass player in several punk and no-wave bands in his hometown and was then bass- and guitar-player and singer in the post-punk duos NOSTALGIE ÉTERNELLE and OPFER DER HINGABE. He also founded the electronic duo DELTA-SLEEP-INDUCING PEPTIDE with another friend in 1989. In 1992 he started his first ambient solo-project called MAJESTIC TWELVE. In 1995 - having two children - life changed and he stopped making music for nearly 15 years. In 2009 NOSTALGIE ÉTERNELLE came back to life and a few years later OPFER DER HINGABE and DELTA-SLEEP-INDUCING PEPTIDE were also reactivated. Dieter started his new solo project called OCCUPIED HEAD in 2011. In 2016 he met the Chilean musician Cristóbal Rawlins and they began their electronic duo 7697 MILES. A year later Dieter traveled to Chile and in 2018 to Peru to record music and play concerts there. The same year he and two of his friends started the techno/post-punk/country/electro trio SAUERSTOFFF. So far, OCCUPIED HEAD has played concerts in Germany, Switzerland, the Netherlands, Belgium, Chile, Peru, Lithuania, France and Spain. After some online releases, STEADY, released on WETDREAMS
Records in Spain in December 2019, is his first physical solo release.

(b. 1977) has been releasing electroacoustic music with his project EMERGE on international labels such as Drone Records, Tâalem and Frozen Light since 2001. A composer working at the intersections of musique concrète, drone, and noise, he has also been an increasingly active presence in the field of free improvisation since 2016. In addition to live electronics, his improvisation practice involves guitar, bass, and amplified objects. Collaborations with other musicians from a very wide range of styles form an important part of his work, with collaborators including If,Bwana, Doc Wör Mirran and Toy Bizarre. He has been touring Europe extensively, with concerts in France, Belgium, Italy, Spain, Switzerland, Austria, Russia, Poland, the Czech Republic, Slovakia, Hungary, Slovenia, Serbia, and Bulgaria. His music has been presented at many international festivals including Avantgarde Festival, lab30, 20 years of MGNM, Zasavje Noisefest, Ecological Sound of Varna Fest and Autistic Campaign Fest. While a prolific composer and performer, Stadlmeier has also created various sound installations and a radiophonic composition for West German Radio's renowned Studio of Acoustic Art. Since 2010, his label attenuation circuit has established itself as an important hub in the international experimental music scene, with releases by more than 100 artists from numerous countries to date. attenuation circuit also regularly organises concerts of experimental music at Stadlmeier's home base in Augsburg, Germany.