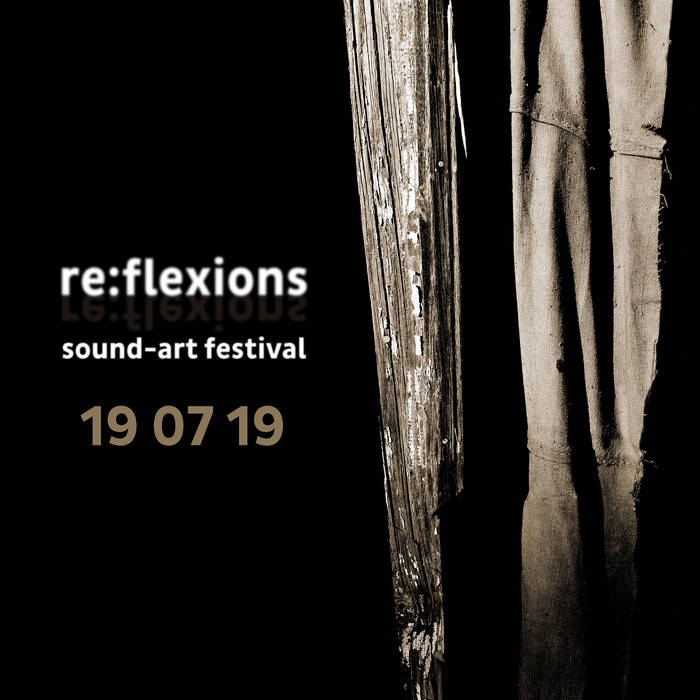 ALL TRACKS EXCLUSIVE FOR THIS COMPILATION

This is a review of a live compilation album called "re:flextions / sound art festival 19 07 19" which was released by Attenuation Circuit which consists of artists in the experimental, noise and electronic music genres and we will review the tracks one by one.

fezayafirar brings us "inat" which starts out with some some ambient style soundscapes and power electronics along with some elements of harsh noise and industrial. The track is also over 8 minutes in length and after awhile the music also gets more experimental and avant garde sounding as w ell as sticking to an instrumental musical direction and as the track progresses electronic music sounds and loops are added into the song.

Takkiduda & Re-Drum brings us "Sutaderumayoru pan" which starts out with some dark ambient soundscapes, drones and synths. The track is also over 11 minutes in length. Natural sounding noises can also be heard at times along with some experimental and avant garde elements while female vocals and guitar sounds are added into the music as the track progresses.

Dave Phillips brings us "quo vadis, homo sapiens" which starts out with some audience reaction and programmed beats before adding in some harsh noises and power electronics while also mixing in some industrial elements and after awhile growling voices and avant garde style keyboards can also be heard briefly.

ESZSE brings us "141108_1410b" which starts out with some avant garde style soundscapes while the track is also over 9 minutes in length. Percussion's are also utilized at times and also gives the music more of an experimental edge along with some field recordings also being utilized at times.

Suasum brings us "Caerimoniae IV" which starts out with some field recordings and natural noises while the track is 6 minute in length. Ambient style drones and synths are also utilized at times and after awhile programmed beats can also be heard in the background and all of the music also sticks to an instrumental direction.

Prinzip Nemesis brings us "sakua_attack_sustain_release" which starts out with some some loops and experimental soundscapes along with some female vocals a few seconds later. The track is also over 9 minutes in length At times the music also gets very avant garde sounding and the songs also adds in some elements of electronic music.

In conclusion I feel this is a very great sounding compilation and would recommend it to all fans of experimental, noise and electronic music. 8 out of 10.