Sapphire In The Pancreas 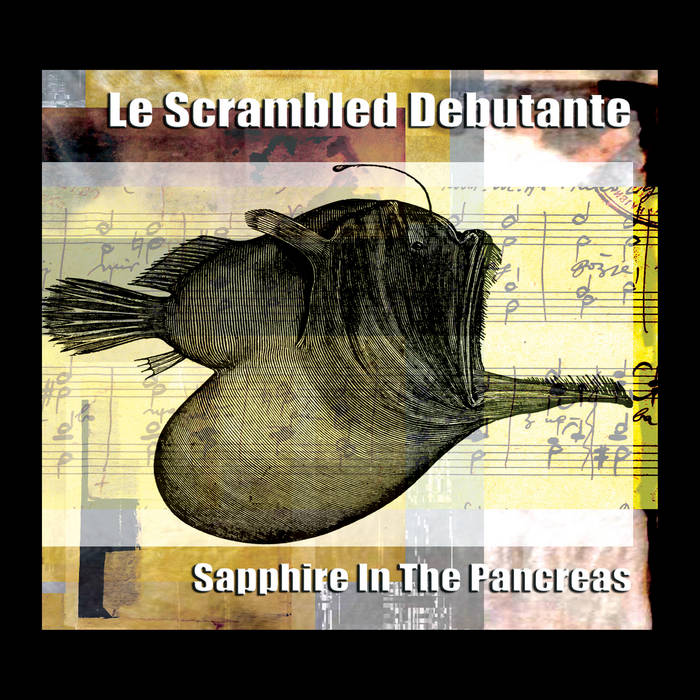 Ben Harris The album page features a review, the author of which voiced his/her opinion that the record could of done with some "rigorous editing". To each their own, but personally I think the entire forty-minute piece is awe inspiring.

By turns dread-inducing, curiosity-piquing, recognition-confusing and more often than not simply amusing (and occasionally all of those disparate qualities simultaneously) I never found myself bored with any segment of this album.

And finally, for this week that is, music by Le Scrambled Debutante,
the only name of this lot of six that I actually recognized at once,
and that's because Attenuation Circuit released more of their music
in the past. This is perhaps also the one in this lot that is actually
a band, consisting of five members, centred on the person of Sir
Bear Trapper. On New Year's Eve 2014 the group recorded this
work and like before I have this vaguely romantic notion that
they gather around a reel-to-reel tape machine and consume the
right kind of spiritualia and do this all group musical weirdness
using electronics, records, and what have you. As such this
new work isn't much different than many of the other works I
heard from LSD; there is a serious pile-up of sound debris on their
machines (analogue or otherwise) and someone is blindfolded
when doing the mix of this, moving through the various sections
they recorded, but stays all one piece of music. Some of these
sections are a bit long I would think and some rigorous editing
could be in place to make it all a bit more surrealist and/or Nurse
With Wound (take your pick), but my suggestion is to use a similar
amount of psychotropia and bob's y'r uncle. It has to wait until
night falls and bottles are opened. (FdW)