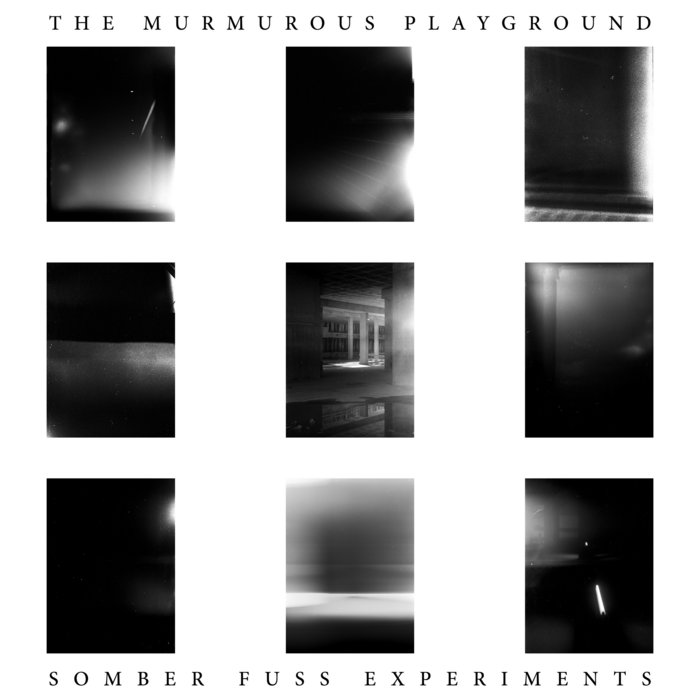 
The Murmurous Playground is a music collective led by Centeio and Duarte Maltez. (Oporto, Portugal)
Murmurous is a cluster of musicians, visual and sound artists that share a workplace/studio, unleashing works of every kind.

SOMBER FUSS EXPERIMENTS - October 2018:
Following the spare time on their main project, between rehearsing and studio sessions they started experimenting, creating and writing with no aim and without boundaries. Each began to experiment separately and it wasn’t long until the first results appeared. The first serious contact with electronic equipment was exciting and stress-relieving, experiencing different recording techniques from what they were accustomed and always producing their own material. In less than a week they got their separate work together to simply release an album, Somber Fuss Experiments.

more releases by THE MURMUROUS PLAYGROUND on attenuation circuit:

The Murmorous Playground are a duo from Portugal that plays a mixture of minimalism, experimental, noise, drone and ambient and this is a review of their 2019 album "Somber Fuss Experiments" which was released by Attenuation Circuit.

Acoustic guitar playing starts off the album while minimal soundwaves are also added into the background. Field recordings are also brought into some of the songs along with the music also getting very experimental and avant garde sounding at times and all of the tracks are instrumentals.

Drones are also added into some parts of the music while the songs also mix in some elements of noise. All of the tracks also sound very different from each other along with some song also adding in a brief use of phone samples, when synths are utilized they also add touches of dark ambient onto the recording and as the album progresses a brief use of tragic sounding piano's can also be heard.

The Murmorous Playground plays a musical style that takes minimalism, experimental, noise, drone and ambient to create a sound of t heir own as well as keeping most of the songs instrumental while the production also sounds very dark.

In my opinion The Murmorous Playground are a very great sounding mixture of minimalism, experimental, noise, drone and ambient and if you are a fan of those musical genres, you should check out this duo. RECOMMENDED TRACKS INCLUDE "The Craving" "Painstacking Filth" and "Aldreu's Shimmering Past". 8 out of 10.