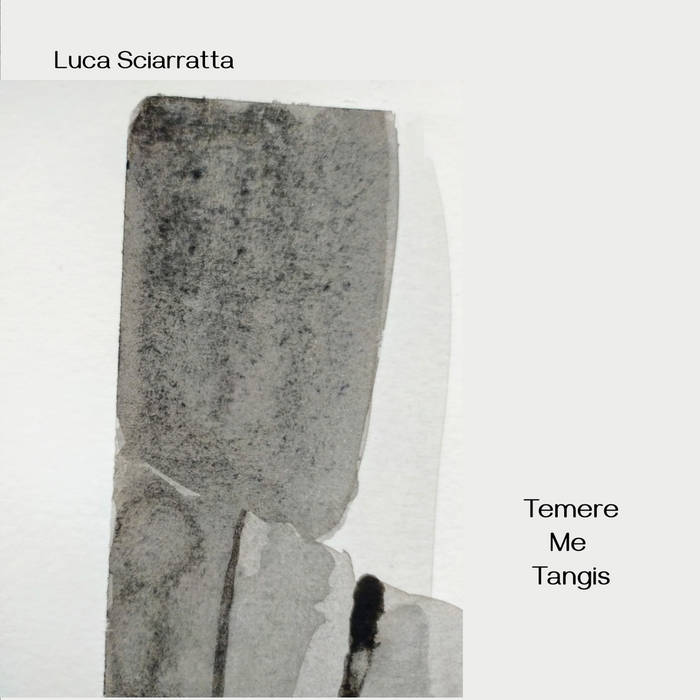 The name Luca Sciarratta appared twice before in Vital Weekly, two weeks in a row (563 and 564), when I reviewed some CDRs from his Rudeimentale label, as well as some of his music. I have no idea whatever he has been up to between 'then' and 'now', but here we have two tapes, released by Attenuation Circuit. Sciarratta is a guitar player, specializing in the 'prepared guitar' variety, along with tapes, objects and self-made instruments. If I understood correctly both cassettes were released at the same time, and, essentially, contain similar material. The package is different; one is a plastic bag, the other in a plastic case. Sciarratta's music is somewhere along the lines of noise meets improvisation meets industrial music meets musique concrète. And yet it is never fully one thing or the other. Throughout there is certainly darkness in these pieces. I am not sure, but it might be the way the music is recorded. I would think by using a pair of microphones, so that the space the the amplifier is in, becomes part of the music. There is a certain in the music to be noted. The music lacks the hectic of pure improvisation, there isn't the feedback of pure noise, and also remotely distant from pure industrial music. In fact, I can't think of anyone whose work can compare with this; not that it is important or even relevant. Although I am not always convinced by the music, I am sure that Sciarratta has a voice of his own here. His solo guitar music, defining easy description, but it's interesting to hear someone moving away pure noise or pure drone and finding another ground to let the six strings sing. I can imagine that Sciarratta would be an exciting partner in the world of improvisation, so hopefully he will expand in that direction one day too.