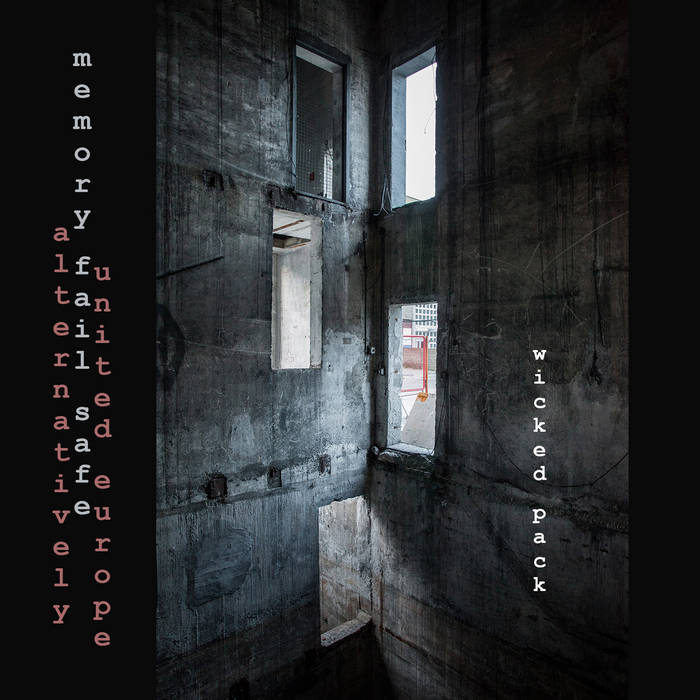 track one recorded live at vip bloopers on the 1st of march by
alternatively united europe supergroup, which at that time included:
tala ‘the leader’ on synths and nails, alexey borisov on electronic equipment, eugene ‘cisfinitum’ voronovsky on synths and vocals, o/ on synths and contact mics, drums: fake_tralers (first solo), church of hate (second solo), sergey bolotin (third solo). played in the name of all living creatures, may them all fuck each other to death, and to destroy bloopers while pavlik was out.

track two recorded live on the 2nd of february at electromuseum
during the closing of ‘learning machines’ exhibition by memory fail safe using algorithms generating beats as well as some prepared electronic equipment and other generative sound processes.
performed in the name of promoting symbiotic way of co-existence with machines and algorithms through the experience of metaphysical
unity and also for money, drugs and fame.