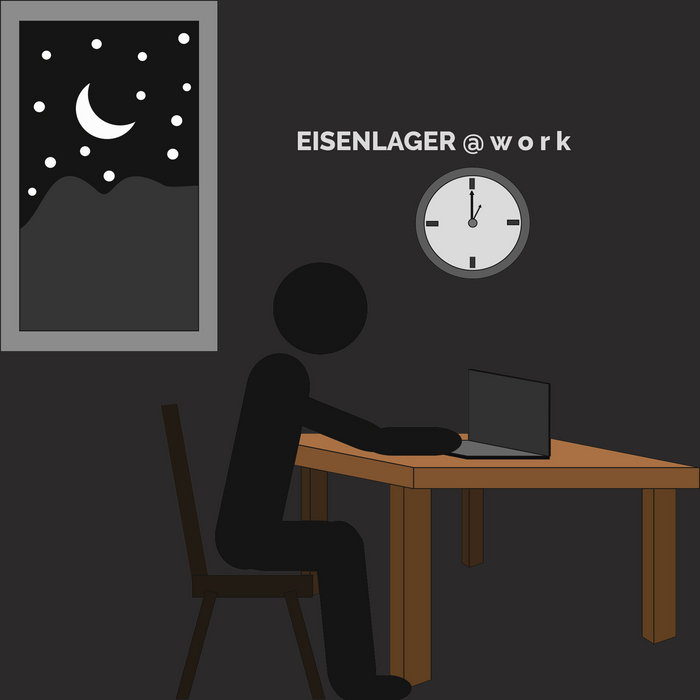 Eisenlager are a solo project from Germany that plays a mixture of dark ambient, drone, industrial, experimental and electronic music and this is a review of their 2019 album "@ work" which was released by Attenuation Circuit.

A classic movie soundtrack sounds starts off the album along with some elements of electronic music a few seconds later. Audience sounds can also be heard in the background briefly while touches of krautrock can also be heard at times and after awhile the music also starts getting more avant garde and experimental sounding.

Spoken word samples are also added into some parts of the recording while some songs also add in some elements of industrial. All of the tacks sound very different from each other along with some tracks also adding in elements of dark ambient and programmed beats as well as some drones also being added into some parts of the music and samples of early 20th century music can also be heard at times, all of the songs sound very different from each other and the closing track is very long and epic in length.

Eisenlager plays a musical style that takes dark ambient, drone, industrial, experimental and electronic music and mixes them together to create a sound of his own and the production sounds very dark.

In my opinion Eisenlager is a very great sounding mixture of dark ambient, drone, industrial, experimental and electronic music and if you are a fan of those musical genres, you should check out this solo project. RECOMMENDED TRACKS INCLUDE "Guetnachtgschichtli" "Tagesschau" "Computerzeit" and "Hoffentlich schalten workich die Madchen nicht jetzt alle ab". 8 out of 10.