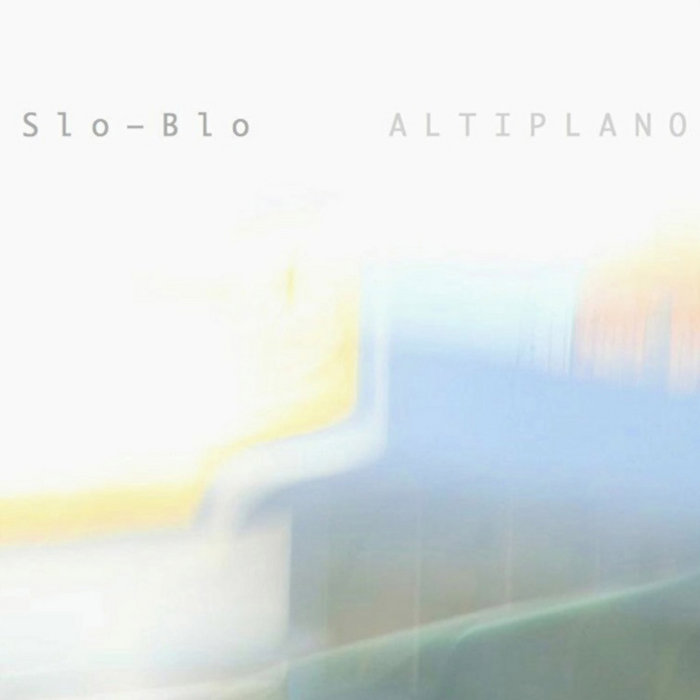 Slo-Blo will use slow music to open up and blow your mind away. It needs the space in order to replace it with a lobotomized feeling of pleasantness. It starts with a very slow progression with small episodes of ambient mini pieces, slowly turning into one work that feels like a calm classical composition in which pretty drones are glued together like a sticky ruler.

With the same slowness the rulership slips out to make space for inhaling oxygen, and when Slo-Blo thinks you had enough, it brings the whole soundtrack back in with some nice additional flavors.

Then the niceness is kindly replaced by a sweet case of nastiness. It’s short and sharp, feels like it should have been a exposure of brain damaging harsh noise but we are saved from the damage by the glorious failure from some broken audio cable. Every cable that not allows the whole amount of ear shredding to take place could be a possible life-saving hero.

It’s great as with the ears still intact there might be still more option to actually hear the warm ambient side of this A L T I P L A N O by Slo-Blo. It will be quiet and soft so you might want to add the volume for a distinctive pleasurable listening session. It’s recommended as the cozy pretty ambient drone setting does touch on some very nice pretty tones. With a certain psychedelic state of mind obtained the music becomes more hallucinogenic, reaching for a harmony with the sound and numb thoughts that are as mysterious as the apparent clock towers who ring their bells in backwards ways.

The music will shimmer on, going for a nice amount of calmly played round bass waves, stuff that will make the ears (while safely secured in a pair of headphones) pop from the inside out. This actually happened to me and with my ears plopped out like that, I had difficulty plopping them back in to digest the final track on this release. But I’ve been told it was and is a pretty piece that you should definitely hear with your ears in their usual shape and form.
<KN>