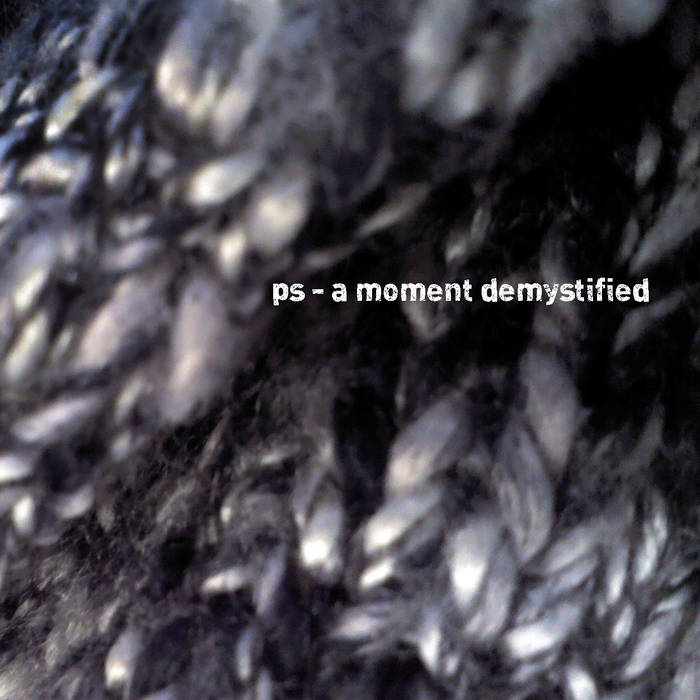 Portuguese media artist and composer Filipe Cruz, who also runs the Enough Records netlabel, deconstructs a cinematic scene, complete with spoken dialogue, into a swirling vortex of abstract electronic frequencies. Pristine electronic sound design is at play in these very digital drones, no lo-fi noise stuff anywhere, yet the overall feeling of the music is pretty tense, as if something repressed is coming out from beneath the surface of “officially” spoken words in the form of grating dissonances. Certainly a very suspenseful 15-minute short film in the “cinema for the ear”.

ps is the online moniker of Filipe Cruz, MSc in Informatics Engineering with focus in generative graphical computation and artificial intelligence. Originally from Porto, Portugal. Currently based in Helsinki, Finland. Filipe works as freelance software developer for all sorts of media projects involving the web, interactive audiovisuals and mobile technology. On his free time Filipe curates the Enough Records netlabel.

Filipe has also been involved with the demoscene computer culture since 1997, participating in several events across Europe with audiovisual realtime productions. Having colaborated as both computer programmer, soundtrack composer and designer.

ps's discography dates back to 2001 with a handful of self-released albums, multiple participations in compilations and several online releases through different netlabels. His early sounds have often been described as experimental electronics, illbient, dark ambient, glitch and drone. His later work revolved more around noise, idm, industrial and powernoize. His latest releases have been focusing on the use of field recordings.

His latest audio work "A Moment Demystified" explores field recordings and drone experiments that were captured and synthesized during a series of travels across Europe attending different events related to the demoscene, netaudio and hackerspace culture. It is a follow up to his previous work "A Moment to Sleep", exploring same techniques with different sources, new field recordings, new drone experiments.

The drone experiments were composed using a series of Reaktor ensembles, namely Dron-E by Antonio Blanca and devsnd.graincube by Richard Devine. The wave map used in the ensembles composed with samples taken from FDrone Fragments by Mystified.

The field recordings captured with Zoom H4n on different locations in Algueirão–Mem Martins, Guimarães and Helsinki.

Vocal samples are taken from the movie Cosmopolis by David Cronenberg.