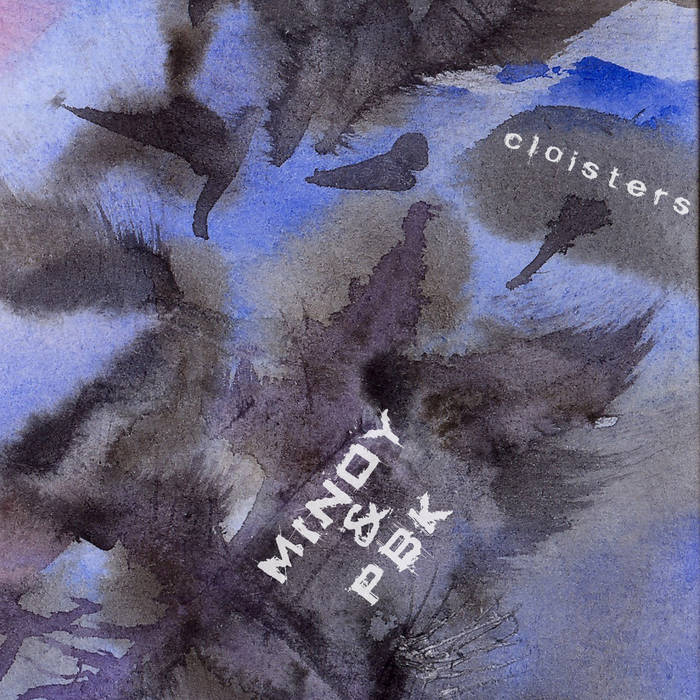 Among the artists from the late-80s experimental tape underground who inspired the music of EMERGE and the founding of Attenuation Circuit, PBK is one of the most important. PBK in turn cites the late electronics and voice experimentalist Minóy (1951 – 2010) as one of his major influences. It is with great pleasure, then, that Attenuation Circuit presents this digital reissue of what PBK describes as the “first Minóy/PBK release after the experiment of Disco Splendor. Features a Minóy mix, including many of his trademarks: howling, anguished vocals, the bizarre remaking of song standards (a tortured electronic version of 'Me & My Shadow') and a strange, echoing sound courtesy (of) running the entire mix through the Rat Shack mixer's spring reverb!”
“’Noise ambient',” as PBK has come to define his musical approach developed in collaboration with Minóy, “is indeed a fine term for such music,” as Vital Weekly once wrote: “They plough their way through the extensive use of analogue and digital keyboards, playing stretched and sustaining sounds, with small rhythmical loops underpinning these desolate fields. Minimalist dronescapes and rusty samples.” As Minóy apparently stopped making music after the original mail-art tape scene had gone digital, this is, to our knowledge, only the second digital release ever of his vast body of work. We are happy to help in preserving this material as, according to PBK, “the things he did record represent, to me, a pinnacle, they are some of the most remarkably beautiful and imaginative work-of-art albums released on cassette in the 1980’s. We will save what of it we can and I hope it inspires future generations as much as it did me.”

Phillip B Klingler: that's what PBK stands for. No secret but just in case you didn't know this and that might happen, since PBK might not be a household name these days. Unlike the late 80s when he rose to small fame in the underworld of home-brew cassette releases. He never went 'away' or in hibernation, but perhaps was not always as visible in this twenty-five year career. I am not sure if this re-issue of one of his earliest cassette releases is part of a longer campaign to re-issue earlier works, or perhaps part of an anniversary of some kind, but its great to hear it again after so many years. 'Descent' is perhaps his first true solo release, and sees him take inspiration from Minoy and David Prescott, rather than Stockhausen of Xenakis (I am using the press text, thank you). At David Prescott's he taped a whole bunch of synth sounds and spread these out over the four tracks of his machine and then started to mix them, adding more synthesizer sounds, tape loops and such like, and the result is one of the earliest instances of 'ambient' meeting 'industrial'. It has that spacious character of ambient music, like being in a stream of sounds (as in a stream of consciousness) but at the same time has an angular character, a certain aspect of being nasty, that remote, desolate, empty industrial waste land image that makes it 'industrial'. Composing is perhaps not the sort of thing that applies here, but rather a surrealist take on mixing odd tracks of sounds together in two long form pieces of music. Intuitive playing and mixing, a surrealist approach to the art of composing, that is what PBK is best known for and here he does a great job at it. An early work, but what a fine piece. (FdW)

Attenuation Circuits continue their rather compelling PBK re-issue series with this collaboration from 1987 with Minoy.

I don’t know much about the history of the pieces on here or how they were recorded. Given Minoy’s huge appetite for collaborating via the mail I’m tempted to assume these pieces where put together via tape exchanges through the mail but I could be way off the mark there.

Clositers consists of three long pieces and the tracks in their final form we all mixed by Minoy. I suppose the easiest way to describe these is as ambient noise. Everything is drenched in reverb (I believe a cheap Radio Shack spring reverb was used) and you get a similar sort of instrumentation to that used on Desent with swirling keyboard motifs playing the most prominent roles. Minoy stamps his personality all over the pieces with his trademark howls and the previously mentioned heavy use of reverb. The second track In Shadow decides to reveal itself 20 minutes in as a bizzare cover version of Me and My Shadow as Minoy howls out the lyrics.

For me the most successful piece on here is Cloisters, the first piece. It’s a slow moving wall of keyboard sounds that slowly allow themselves to develop and fight for space with some more intense sounding noise. Minoy’s vocals are left low in the mix here and by doing that add more successfully to the track than the full on effect of them on Me and My Shadow.

Overall another welcome addition to this re-issue series. DB.

The new album from PBK released recently by german record label "Attenuation Circuit", is not truly a "new" album, but a remake of an old PBK dated from 1988. This a nice collaboration between two talented masters in the field of experimental music: PBK and Minoy, the first one from the windy city of Chicago and the second one from Torrance, California. This is a three long tracks which sum sixty minutes of an strange and quite obscure mix of noise and almost esoteric landscapes. Often enough PBK have been classified as a noise band, and he is considered as one of the most well known projects in this genre, but its music has that sort of quality that let emerge from the mass of the instrumentations a lot of different sounds which can to remind optimistic and light landscapes, as well blackened landscapes. This recently remake has some changes about cover, back and the whole of album artwork