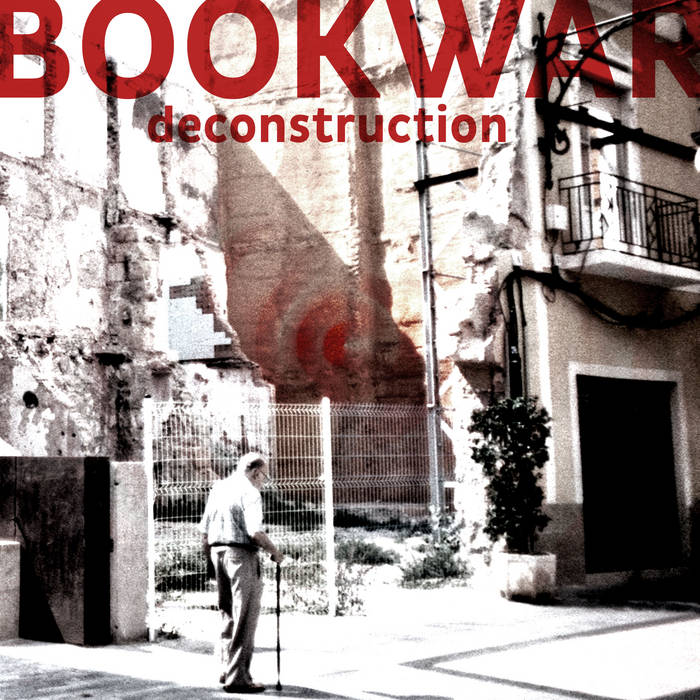 This is an EP of experimental Russian hip hop combining fat beats with dirty sawtooth synths, from downtempo to near-drum’n’bass. As the title says, this release is actually about the philosophical concept of deconstruction, invented by French thinker Jacques Derrida, whose name functions as a great lyrical hook that works perfectly even for those who understand no Russian whatsoever.

With this release, you can witness pop history in the making, as this is possibly only the second mention ever of master thinker Jacques Derrida in a pop lyric – the first one being Scritti Politti’s 1982 single “Jacques Derrida.” We are more than happy for this kind of intellectual cross-breed to come out of Russia, as a sign that cultural subversion is apparently alive and kicking there, and we are proud to release it on AC – especially because the music demonstrates that hip hop enables the use of far-out experimental sounds way beyond the received mainstream definitions of the genre.

Expect panic and oppression under literature lovers as the big Bookwar had finally come to raise hell on earth by opening the war on books and their supporters.

No more silent reading,
no more flipping pages,
no more sniffing the paper!

Fat music & bombastic punk rap from every corner! It’s all over now as the Bookwar is enraged and expresses enough volume to make concentration on reading a difficult task! Their tongues of the Bookwar are strong and so is their nose for old books.

All the supporters of Bookwar blast their ghetto blasters from the middle of library’s, the hot spot and easy target for enemies of the Bookwar. Here books are flying of their shelves, while cupboards are been pushed over falling on top of unlucky readers and bystanders that happened to be there at the wrong moment in time.

War isn’t something to make fun off, but most people forget about it or simply ignore the happenings of war until it reaches home. Bookwar brings it everywhere, going from house to house stealing books and burning them on a big pile to generate music!

Music that makes you want to join the Bookwar warriors and rip pages or even eat the hardcover books as dinner! Bookwar is what punks, youngsters and anarchistic weirdos consider as cool and listening to their music; I would want to join the case.

The theme songs for the Bookwar are tough and without exception or constipation. Leaflets, just lose papers are fine; but all books must be deconstructed in the programmed radical world of the Bookwar.

It started slow but the revolution against books had speeded up because of the propaganda Bookwar music. Their bombastic beats, words and tough swiping punk attitude is enough to make books melt on their own. Nothing is as cool as a Bookwar fan camouflaged as a book reader going to the library and blasting pthe Bookwar music as loud as possible.

Let the synths vibrate the librarians and the crunched beat be the war drum of anti-books. Let the flow of words of the Bookwar people replace the books, they have the knowledge. The only thing is; we might bring in a translator to get the songs of Bookwar out in multiple languages, so every anti book rebel in the world might know what their support for Bookwar is all about.
Although shredding pages while experimental hip-hop with a punk attitude plays as a loud backdrop is simply always good fun!
yeahiknowitsucks.wordpress.com/2014/08/11/bookwar-deconstruction/