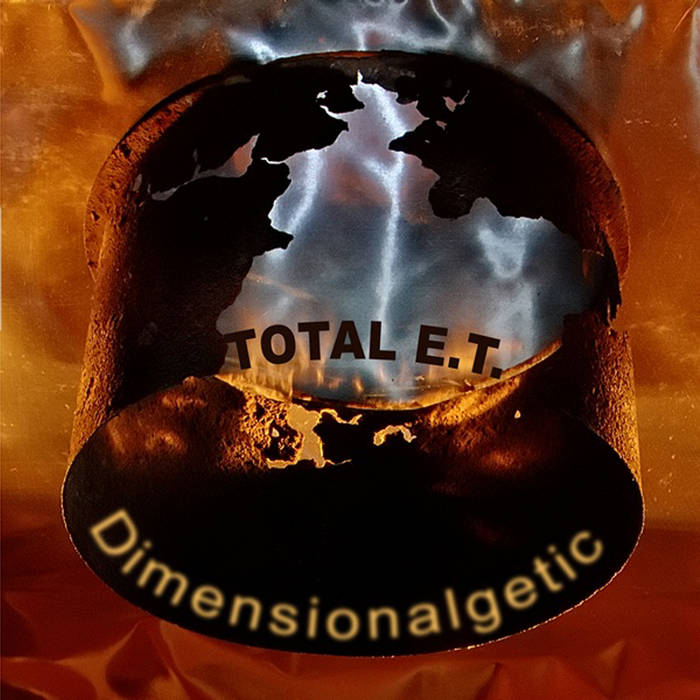 other releases by I.v. Martinez on attenuation circuit:

This album, based on very minimalistic rhythmic and textural structures, is an enigmatic play with sounds that could be field recordings from industrial environments as well as synthesised material.

A certain sense of claustrophobia is created by the insisting machinic repetitiveness of the opening track, but then gradually other elements begin to enter the field of hearing. Rhythms get slightly jarred, harmonic effects create additional nuances. In a way, the album renders the unrelenting repetitiveness of some early industrial music in a kind of subdued, ascetic way, with a certain medititative trance replacing the sheer overwhelmingness of noise.

YEAH I KNOW IT SUCKS:
I.V. Martinez had kindly suggested to listen to the latest sound output of his Total E.T. and not do it softly but do it as loud as possible, As I’m a sucker for challenges the suggestion moved all the request out of the way and went straight over to the Attenuation Label to find his Dimensionalgetic release. I pushed the volume up, attached more speakers, added more volume, added some more speakers and created more volume. I know I shouldn’t probably mention that I even removed a fine amount of earwax so to make the impact of sound over here even more loudly.

I was ready! The equipment and personal hygiene are up to date to receive this work as loud as it could possibly be! But as the first track ‘In’ started to play I believed to have some difficulties hearing it. Perhaps the speakers weren’t made to play this loud and started to produce these kind of broken rust door sounds. Occasionally there could be some wind flowing through, but music was hard to find. I put the volume some lower, removed some speakers, attached new ones but the sound kept coming as if there was something broken somewhere in the connection cables. But it wasn’t a bad kind of thing to listen to really, it was actually kind of calming like listening to dying speakers that would whisper their last words rather loudly.

I tried another track ‘Dimension’ featuring Travis Johnson. Still there was something very wrong with my sound setup as the music came out as high level frequencies that started to crack up the glass of a bowl that housed a friendly gold fish. I guess playing these frequencies could do other damage too as my Tupperware collection had started to meltdown from being overly exposed to these strange sounds that came out of the sound system. I’m sure this was not sounding how Total E.T. And Travis Johnson had intended to sound like, but I have to say I started to enjoy the abstract high noises. I even could swear to hear some kind of melody floating in there, although it might have been a speaker who sang something like ‘kill me, please kill me’. Which was if course nonsense as according to the experimental sounds that my clean ears were hearing: it already had passed away.

But even though changing the cables, shaking the speakers, hitting the sound receiver (me?) the sounds kept being abstract. Abstract and loud but strangely beautiful. I could swear that this sound output was indeed like listening to another dimension. An alien dimension that had a love for the higher frequency but also stayed calm creating some kind of Jurassic bewildering environment. When I really stopped worrying about the sound quality and broken speakers I started to tremendously enjoy the emerging of this abstract sound. It was pretty, the frogs outside (who normally complain when I play music too loud) agreed with me.. This (whatever it is) is beautiful and when the sounds dribbled in the track what should have been a track named ‘out’ I wasn’t totally sure if the speakers where indeed broken or that Total E.T. Had just made a new kind of music and this was all intensional. The sound in ‘out’ stood out as clean, like listening to a sewer system made completely out if gold with expensive chandeliers attached to the drainage pipes. It was dirty and wet but also luxurious.

The last bonus track named ‘muuruhurnuuh’ had a effect on the porcelain dolls that spontaneously bursted into pieces.Also my favorite wine glass had exploded. It must have been the high frequency that started to play through the loud but un doubtfully broken speakers. It was a nice ending of the experiment although I feel I have to review this work again when I will find a way how to fix the technical failure of my speakers.Sorry for that Total E.T. But it might be good to know that even my sound setup was broken it was still an amazing calm abstract sound experience!
<KN>