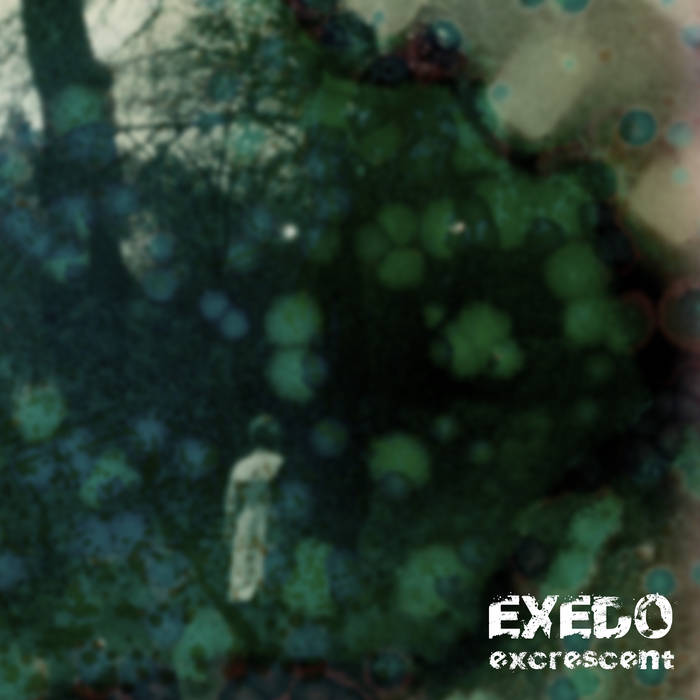 Noise artist Exedo successfully fuses fully-fledged harsh noise with drone music in this 60-minute piece. Surprisingly harmonic elements with an almost organ-like timbre emerge from a hissing whitewater of noise, along with occasional yelps that eerily resemble human voices. A sonic odyssey through an ocean of noise, complete with singing sirens and drowning sailors.

Exedo uses processed sounds rather than oscillators to create his compositions. In this piece, his most ambitious long-form work to date, the source material is treated in various ways. While some treatements involve heavy distortion, others deviate from this typical noise music procedure and keep some of the harmonic aspects of the material intact. The combination of the different textures makes for a varied, quasi-symphonic experience that goes far beyond the mainstream of noise music.

Exedo is billed as a noise artist, though that label doesn’t seem to fit with latest releaseÂ Excrescent. Sure, there’s a lot of static and low-level fuzz, but in terms of what-is-that-shit neighbour annoyance, there’s not a lot here to give inexperienced listeners the screaming horrors. Instead, we’re treated to a viewing of the juncture where noise and drone intersect – all Lovecraftian organ tones, the sense of something enormous moving just outside our hearing, and a relentless, choppy-seas distortion field.

The single, hour-long track of the album is constructed not with oscillators but with mangled samples, which perhaps explains some of the source uncertainty. The album’s title refers to the act of abnormal, excessive growth which sits well; from the original sound, an unidentifiable edifice is constructed.
Throughout there’s the recurrent sound of what appears to be guitar notes bent into feedback, but the emphasis is mostly on slow, deliberate tones. The end result isn’t harsh noise by any stretch of the imagination. It’s more subtle than a lot of the genre, though the field of white noise upon which the piece builds is reassuringly constant, and will fatigue the listener by the end of the piece.

Some segments seem to take tones more at home in one of Brian Eno’s earlier ambient forays and draped them in the sort of treatments one might expect from Nurse With Wound circa Salt Marie Celeste. These are subtle tones that give the sense of monolithic motion, of heft.

It’s hinted that the album is a nautical journey, and it seems to fit – the sounds would suit a doomed ship calls for aid, faced with enormous waves and a radio that refuses to tune over a sea of static, occasionally dropping half-heard, rarely-understood vocal phrases into the mix. A foghorn bleats its low, sad song as the track inexorably pushes towards its rending-metal close.