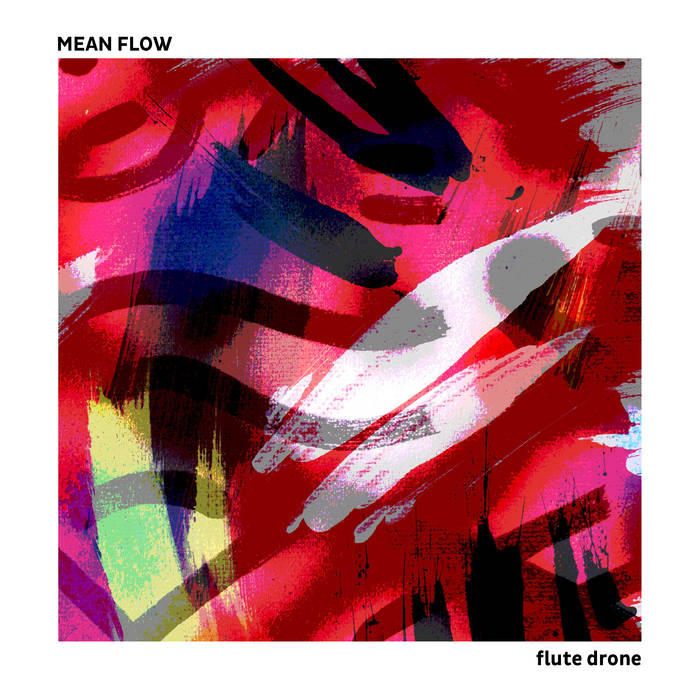 Mean Flow’s Flute Drone is the first session that my ears heard of the special project in which artists take tracks from experimental ambient legend Mystified and mold the sounds so in order to make works of their own. I could have listened to the original source files over here, but I felt it would be nice to hear the actual result without any further ballast of technical and conceptual issues. So there I went with open ears into this Flute Drone brought to us by Mean Flow (and a bit by Mystified) and that was a good idea; probably the best I had all day.
The music emerged like a misty cloud, the opposite of hollow void, the work felt round and full like a touchable pillow that was largely growing until the entire room was filled up by it. I guess the inside of this gigantic pillow had the touch of goose feathers, quite soft and yet slightly ticklish.
The nicest thing of the Flute Drone experience is that it kept on moving with slow but determent intervals like a bottle of air on top of a river with slight waves. So imagine being emerged and slightly vaporized by pillow sounds that had once lived a live as flute recordings that seemingly keep on enlarging itself even though that might seem to be impossible. Even though I felt compressed against the the softness of the Flute Drone, it was pretty much a nice event to feel virtually breathless from a pillow of sound pressed against my eyes, ears, mouth and nostrils. Having no air from the Flute Drone is a pretty experience unless you’ll turn blue from lack of oxygen. (If you had a white hat, you might sign autographs as a Smurf…)
Don’t take this text all too seriously, but please do enjoy the Flute Drone

New sounds from Mavi, Ivy Sole & Moderator, plus AJ, the One joins the show, for her latest release