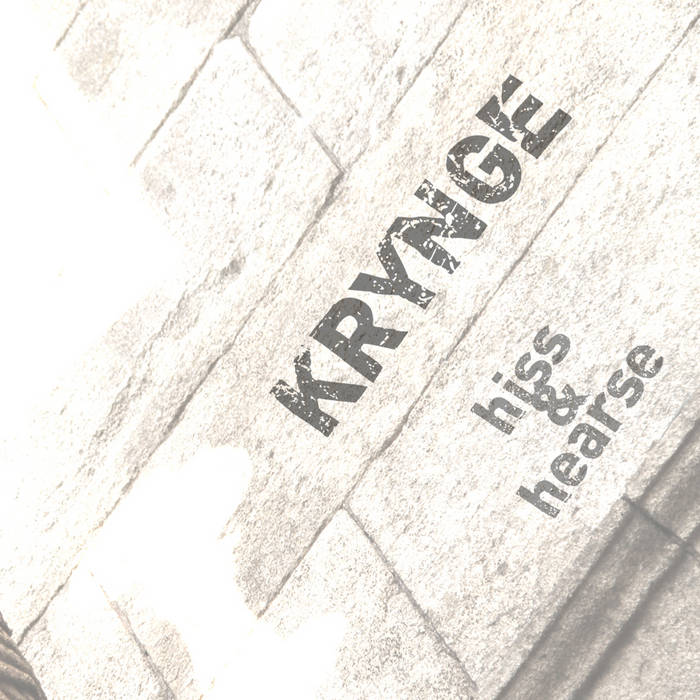 KRYNGE, the multi-collaborative international supergroup, was the brainchild of Zan Hoffman in 1987-88 and features recordings of his home taping friends reimagined. Acknowledging the debt the contemporary experimental music scene owes to the pioneering work of the tape-trading and mail art scenes, Attenuation Circuit celebrates the 25th anniversary of KRYNGE by re-releasing the original cassettes on CD in bi-monthly instalments. The Krynge series comes in a dedicated new design while also containing reproductions of the original cassette cover art.

“Hiss & Hearse” – the rerelease corrects the spelling mistake of the original cover art, which read “Hiss & Herse” and sort of screwed up an otherwise great pun – lasts some 25 minutes and was probably intended for one side of 60-minute cassette. In what appears to be one solid block of noise and hiss, punctuated by occasional remnants of signals, musical or otherwise, the entire recording seems to celebrate the noisy medium of the cassette as a means of expression. This is not noise as in noise music as a genre, it’s more about noise as a symbol for a time when the cassette, for all its limitations, was still a precious means of communicating your musical ideas to others. This historical dimension is emphasised by the fact that one of the contributors to this tape, beside Swinebolt 45, was Zan Hoffman’s then collaboration partner Minòy, who died in 2010.