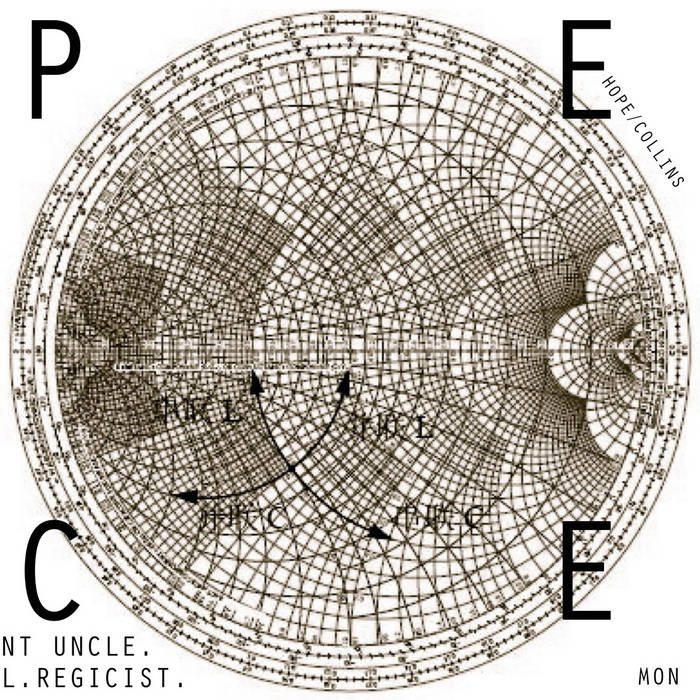 Peter Hope & Charlie Collins have been working together since 1982. Collins was an original member of CLOCK DVA (White Souls In Black Suits / Thirst) before forming Avant-Punk group THE BOX with the other ex-CLOCK DVA members Roger Quail & Paul Widger. Hope joined THE BOX in 1982 and the band released 3 albums and several singles & EPs through GO! DISCS & DOUBLEVISION.

After THE BOX split in 1985 Hope went on to work with electronic dance music pioneer David Harrow and also CABARET VOLTAIRE’s Richard H. Kirk before teaming up again with Collins to form THE BONE ORCHESTRA. During the first half of the 1990’s Collins was working with LEFT HAND RIGHT HAND whilst Hope commenced a fruitful & lasting working relationship with DJ Parrot (SWEET EXORCIST / EARTH) as HOODOO. In 1995 Hope & Collins started their long term studio based project FLEX 13 releasing 2 albums through Sheffield’s LIQUID label and a further 2 through Hope’s WRONG REVOLUTION.

Collins has continued working in avant-garde, free jazz and improvising bands, trading his arsenal of horns for drums and percussion, both producing and performing to international acclaim. Hope continues to challenge with both collaborative and solo work in numerous guises (pH2 / EXPLODING MIND / SUFFERHEAD / CRIMINAL FACE / plus more) See www.wrongrevolution.co.uk for further information.

In 2016 the pair released the well received ‘DESTROY BEFORE LEAVING’ 6 track download EP, paving the way for their first fully instrumental works represented here with the initial 5 track EP
‘IMPEDANCE’ prior to a full album following later in 2017. Recorded in Sheffield and rich with the Industrial Soundscapes inherent to the city Hope & Collins confirm their uncompromising and timeless musical identity with this sparse and incisive batch of recordings.

Always composing beyond easy categorisation Hope’s abstract humour offers the tags ‘industrial économique’ or ‘post industrial forgery’ as a description of this release.