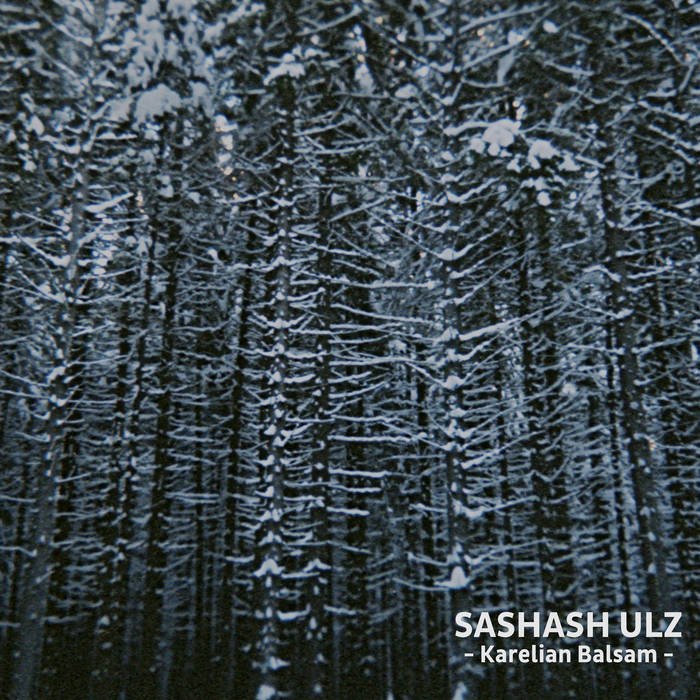 This album is dedicated to Karelian Balsam.
Recorded in Petrozavodsk, 2012.

Karelian Balsam is a herbal liqueuer from the Baltic, which may or may not have been the inspiration for the music on this album. That the five tracks are titled “100 ml” to “500 ml” is saying something, but you can be sure to enjoy the music without the booze, too.

Sashash Ulz has released a number of very intense drone-ambient works on attenuation circuit, and this one is no exception. Yet it’s still different. This is not minimalist drone work, instead there are lots and lots of layered loops that create the overall dronescape. Embedded within the flow of the whole are many playful details, such as effects being used to create little giggles, bleeps and chirps not usually found in Ulz’s music. These sounds contribute a great deal to creating a certain light-headedness that might well be similar to that induced by Karelian Balsam.

----------------------------------------------------------------------------
YEAH I KNOW IT SUCKS:
When jumping into the release by Sashash Uls you will be automatically greeted by some kind of hybrid sound-form consisting of something that has familiar trades of a mouth harp as well as a didgeridoo. The hybrid functions as a pleasant audio bed that is so comfortable, it’s got the approval from various experienced traveling psychonauts. A group of individuals who travel from one music piece to another in the hope it is psychedelic enough to open their third eye, and travel forward inside their own imaginations on the finer soundwaves of life. This hybrid bed gets plenty of decoration, blankets, sheets and pillows of music for total mind stimulation. A record to lose the track of time is crazy enough captured on a cassette, but stimulating enough to be much more viewable as a sound cloud. Simply embrace it and float away on this comfortable trip formula. From track to track, from flow to flow.. Endorse the dream state that makes your eyes twirl like circles of hypnosis, your ears smile and your brain melt until it leaves the body as a woozy soup. No matter what happens along the way, how the directions are changing, how the music evolves; this bed of music on cassette is one in which you don’t want to get out off. Compare it to jumping in a leak waterbed; you just sink in comfort until the music comes in your ears, eyes and most fatally ‘the nose’.

multi-layered drone & strange dreamy slow pulse ambience with a certain soughing and intoxicating quality as being fully under drugs... lovely tape by this project from the Russian part of Karelia, reminding conceptually on the BJ NILSEN / STILLUPPSTEYPA releases