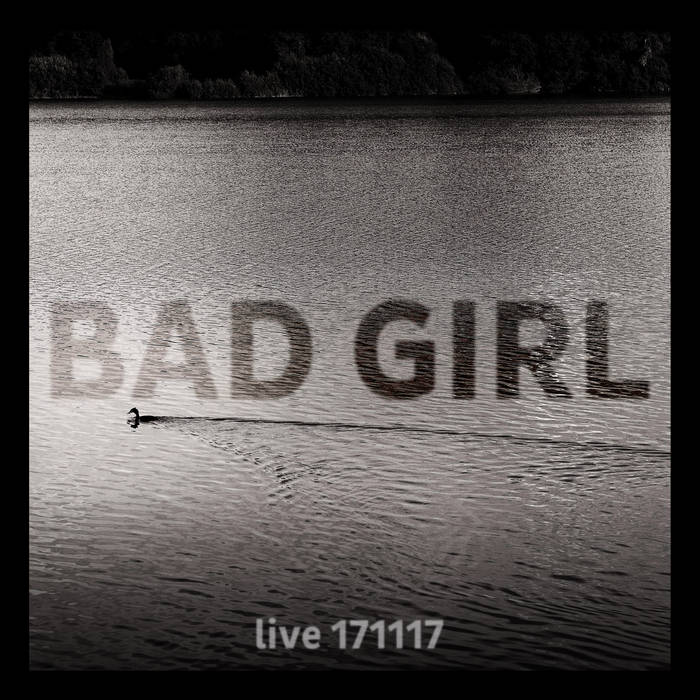 Bad Girl
(based on Florence - Italy) is the solo project of Leonardo Granchi.
Started playing electronic music with the band Downward Design Research he approaches to continue the expression of their imaginary sound through the use of the machines.
The language that emerges is minimal and dark, between ambient, kraut, field recordings and soundtrack carpenter’s atmospheres.
Over time he improves the live set by placing visual and presenting the songs always like new. Numerous collaborations with italian musicians: Naresh Ran, Valerio Orlandini, Nicola Savelli, David Valecchi and other international artists including Z'ev and Sandblasting. All these nuances lead to the creation of "Cosmi", the first official album of the project in which the radical use of true and proper instrumentation - as opposed to the more common use of computers - helps make the sound deep, really "played" and totally non-artifact.

The first time that I listened to this piece I was walking and it was great because it has this gradual incline to it that makes you feel like you've launched into space and then somehow manage to stay there as well.

What begins with a growing space whirr synth can also be a building drone. It reminds me of hicksoncompactgroup in a lot of ways. It becomes wavy and then synth laser shots are being fired as we blast off into space. There are beats and then this also gets into this space odyssey territory which reminds me a bit of David Bowie.

Louder now, these sort of vocals come breaking through the frequencies but they aren't exactly vocals so you'll have to hear them for yourself to try and see if you can tell what they are (or how you'd describe them exactly). Robotic type of voices are more distinct though, as they can be greeted with pulsating beats and laser shots fired.

A deep drone is joined by drum machine beats. This also has other elements forming into it, such as piano keys and something I imagine as being perhaps a xylophone. There is an X-Files feel to it, though that one drone persists throughout this part. The drone keys change slightly by the end, but only ever so slightly, and then they just kind of fade off into space.