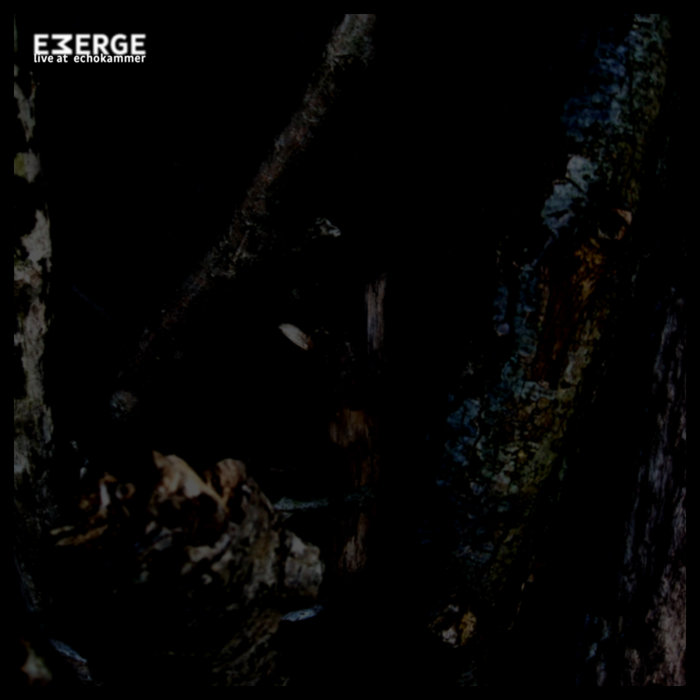 While EMERGE frequently works with – mostly female – singers to create source material for his works, this recording is very unusual as it exploits samples of speaking voices, combining them with sound objects with a metallic timbre.

The way in which the voices are cut and manipulated, erasing comprehensibility and instead using the speaking voice as a structural element of the composition, is very akin to experiments in radiophonic art, for example in Luc Ferrari’s work for radio. As such, this album documents an aspect of EMERGE’s artistic palette that has not been heard in recordings before.

It is not uncommon for Emerge, the musical project of Sascha Stadlmeier, to use voices in his work. Usually female voices and they are usually singing. In the case of this live recording from November 1, 2014, he uses voices, but then of a more speaking variation, which he chops up and feeds through a whole bunch of sound effects and adding the sampled sounds of objects. Attenuation Circuit says that this is quite unusual for Emerge, and that this album documents a seldom-heard aspect of his music, and of course they would know, right, but the end result might perhaps not be as alien as it seems. The label connects this with the radiophonic works of Luc Ferrari, which I must admit I can relate to only a small extent. Some of the used sounds and ways to collage them might be along that way, but there is also quite a bit of Emerge way of sound treatment as we know it. Sampling sounds and using all of that gear that easily transforms any sound, something as a Kaospad or loop station and those are fed with the sounds of spoken voices and objects. The latter might be recognized as such, but the voices are hardly to hear as such. If that happens they sound recorded out of a window in a backyard. Through the nearly thirty-eight minutes
this piece lasts Emerge cleverly goes back and forth in this material, using what seems a multitude of possibilities to manipulate the events at hand. Sometimes quite sparse at times with space between the sounds, but on other occasions neatly dense, moving from the mid-high spectrum to the lower region from time to time and with some nice jump cuts. Emerge releases a lot of material recently, but I rank this one among his better ones. (FdW)

New sounds from Mavi, Ivy Sole & Moderator, plus AJ, the One joins the show, for her latest release