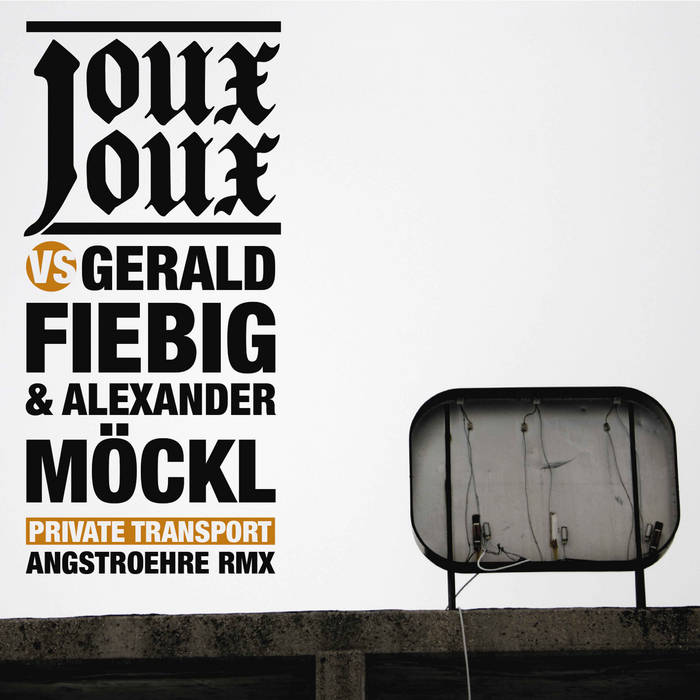 The stunning debut release by German drone artist Joux Joux combines acoustic resonances, eerie acousmatic noises, and delicate digital treatments to create the atmosphere of a space at one large and claustrophobic.

Joux Joux, based in Munich, but originally from Augsburg, reworks recordings from a sound installation at Pferseer Unterführung (Augsburg) by attenuation circuit artists Gerald Fiebig and Alexander 'Poembeat' Möckl, originally released on Gruenrekorder (www.gruenrekorder.de?page_id=10879). While they created a warm, humming drone chord to humanise the traffic noise in a street tunnel, Joux Joux aims at putting the fear back into this fearful tube ("Angströhre") by combining extracts of their sound with more noises from other places (Brooklyn meets Augsburg!). Joux Joux's point seems to be that art can never really redeem a fucked-up place, but in the process, this track creates a version of fear and claustrophobia that is pretty beautiful itself.

igloo magazine:
The debut drone by Joux Joux reworks an installation piece by Gerald Fiebig and Alexander Möckl (the latter also known as Poembeat). The duo tamed the vehicle and pedestrian traffic recorded in an Augsburg underpass (already designated an art zone festooned with commissioned graffiti and piped-in Mozart) into something like a rushing river. Joux Joux maintains the earthy, harmonium-like wheeze of Private Transport over his twenty-five minutes, but strokes against the grain, raising pleasant hackles and the level of distortion while adding dabs of what seems like nocturnal pneumatic roadworks. His organ sacral, buzz infernal, we’re in the dark without the light at the end of the proverbial tunnel.
(Stephen Fruitman)