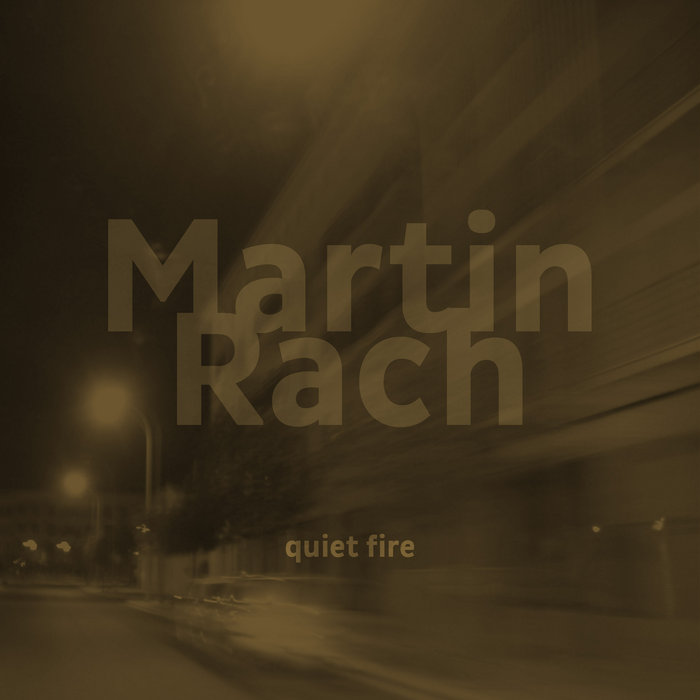 Martin Rach starts the not so quiet fire with a practice that might be unperfect, which in this case is perfect. It slowly nibbles the darkness away, like a dense air flow within a air balloon that is going up in the air until its up for all of us land creatures to see, hear and admirer. What does this balloon say? Jazz music for the mental futurists?

The music becomes like a buzzy chatter box, a goose that has so much wordless words up its sleeves that it outdoes the odd noises with its squeaky sax rattlings. It certainly got the rhythm to make love to the gassy flames of the fire, but it also makes me feel like someone who is nervously exppsed to a alien who had been attempting to make human music.

It’s fairly odd, until it hits the middle parts when Martin Rach hits a more acceptable mood. It slowly becomes more normalized, even though it might all still sound all very eccentric and strange. Maybe my ears get used to the odd alien experimental noise jazz, or perhaps my marbles are filtering it out until it becomes acceptable and perhaps even pleasurable to hang my mind in. A bit like being with a drunk alcoholic friend who can chat your ears off, but also provides you with alcoholic beverages that with every intake make the companionship more bare able and worth it.

Martin Rach transforms its alien sound into a combo of seagulls and eeky tjirpy birds, perhaps a duck that opens and closes its mouth in a rhythmic way. Somehow the noise becomes something that sits between a didgeridoo and a electric computer sound. Together they will fade in to thin air and it feels like a mission accomplished.

THe second part of this release is more up my alley, this is one that sounds very nervously as well, but it also feels much more energetic and insane (in a good way).
It’s not coming across like being with one crazy chatter box, but more like a busy orchestra of aliens that will all come at you at the same time, blasting their boom boxes in outer space from their sportive looking space ships. It’s loud, its madness, its like a full on blast that will never make a dive back into the ground. Here the Fire is simply not quiet anymore, but battling its own senses to be seen and heard not just here on earth, but probably sending shockwaves through the entire galaxy.

Hell breaks lose when the master of manipulation and experiment inserts some flubbers that fans of Venetian Snares might feel comfortable with. He adds them to his mad palette of sax insaneness and heavy electric synth bass for a interstellar plot of fine madness.

Martin Rach ends with a comfortable ending, a ‘Love Mundane’ it is called and feels utterly sweet, romantic and kind. As if all the madness had lived out of itself and had now made time to come together for a session of peaceful kindness. I imagine comets doing ping pong, everything done in slow motion while each player respecting each other in the best way possible.
<KN>