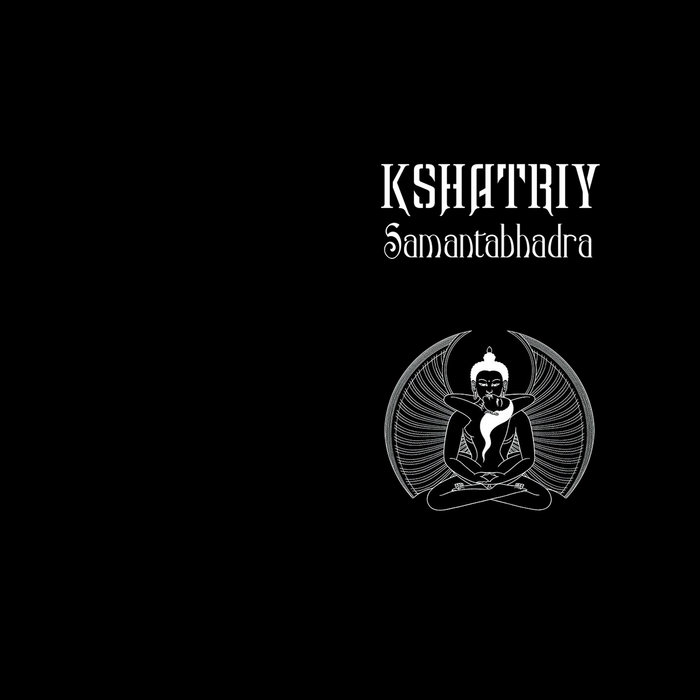 Kshatriy is solo musical project founded on June 19, 2004 in Vsevolozhsk, Russia by Bulychev Sergey.
The first step was a live gig in ESG-21.
The name of the project reflects only memories of ancient society in which spiritual values were no less important than material ones.
The music of 'Kshatriy' is based on drone style with ambient and noise elements, with no certain frames and accept any necessary sound sources...with delicate touch.
kshatriy.pro

The title of this new release by Kshatriy means "Noble in Everything He Does" and is the name for an enlightenment associated with practice and meditation. As it's rarely depicted alone he's seen as a symbol of the freedom form any duality i.e., dialectic, concepts.
The first part of this release, "Samantabhadra", starts as a something between a drone and a loop as the resonances of the drone periodically emerge as in a loop and develops quietly letting all sounds unfold without any contrast but using this predictability as a mean to let the listener concentrate on sound, so even when it starts a sort of noisy deviation from this path after a while it's stopped to let the track end in an almost perfect circle with the start. The second part, "Samantabhadri", uses a small metallic beat as the centre of the track as all sounds revolves around this beat so a sense of time passing became the focus of the track until this beat stops and this release ends in silence.
Someone could say that there's anything new on this release but the idea of composition is not about creating something new but to say something using a known form and this is the key to access this release. Samantabhadra is a deep reflection about mind and time using music and it's something that all fans of drone and meditative music will truly enjoy.

iridescent drone-scapes full of resonances and overtones, cosmic winds and cold metallic bangs; more rough and dissipated as on previous KSHATRIY works, this release will fascinate the lover of extensive, wide and super minimal drone hypno noises.. this might wipe your mind away completely!