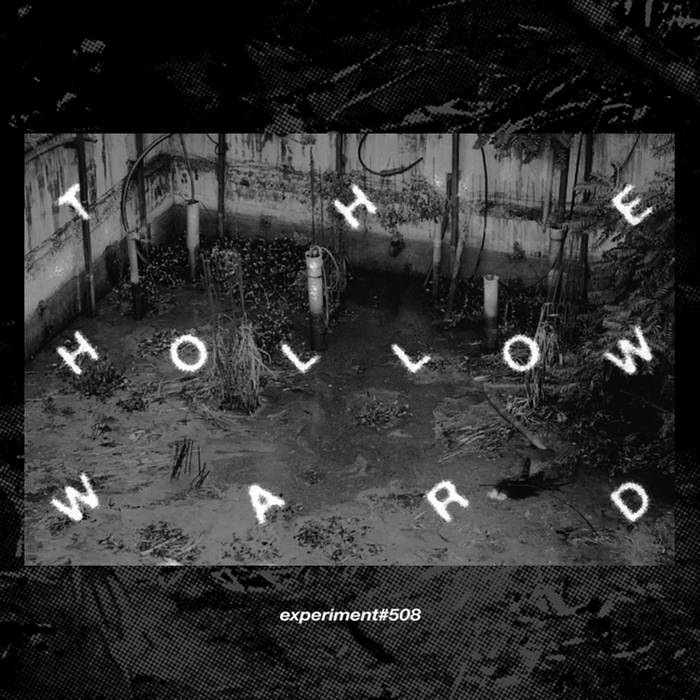 The Hollow Ward is a dark ambient that lies firmly on the more experimental side of the genre. Staticy washes of sound and synthetic noises merge forming a post-apocalyptic sort of feel. ‘Name your price’, so check it out!

Released on the intriguing German non-profit label Attenuation Circuit, The Hollow Ward represents a debut album of sorts for Portugal based experiment#508; featuring as he does on many a compilation album from the past two years.

Much of this output to date has featured manipulated field recordings, glitchy electronics and foreboding drones. Like mini Radiophonic horror vignettes, his tracks are excursions down those paths of the unconscious we really don’t want to go down but are compelled to follow.

Back in our realm, experiment#508 is the project of Radio Broadcaster
André Quaresma and began life as an experiment in audio manipulation. The dark sonorities soon took hold of Quaresma’s soul however and the result is The Hollow Ward.

Billed as dark ambient, it is a collection of soundscapes painted with washes of minor chord electronics that form an undercoat for pointillist acousmatic textures and broad strokes of white noise.

Opening track Eerie desolation evokes just that; an expansive landscape of haunting winds and malevolent forces, it brings to mind the terrifying isolation of John Carpenter’s Sci-fi horror classic The Thing. And sets a cinematic tone that continues throughout the album

If one were to chose a Horror trope for each of these tracks, Savage Glitch would be a bare light bulb swinging in an otherwise pitch black room. Electrical impulses imply a machine like intelligence and intermittent radio static suggests that even though we can transmit to the outside world, no one is listening.

If these opening two tracks represent a science fiction aesthetic, however, the next two are pure Folk horror. A pitched down pig like vocalisation on Beast of Burden seems to sense that the scraping background noises are that of the slaughterhouse. And in Meatdrive Tango we are right down among the unfortunate creatures as they slowly file onto the killing floor.

The William Carlos Williams quoting Let the snake wait under his weed and the writing be of words, slow and quick, sharp to strike, quiet to wait, sleepless is a sixteen minute Drone piece that holds onto clicking static perhaps emanating from a radio handset still clutched by its long-deceased operator. And, if we continue this take on The Hollow Ward as Cinematic narrative, seems to represent the end of the second act.

Penultimate track Weeping Hunger is a clever layering of bird song, possessed with its own eerie natural reverb; alongside mumbled incantations that suggest the prayers of mysterious hooded figures, winding their way up ancient stone steps.

The final track and then came the Ghosts is the sound of a transmission, picked up too late and corrupted by an unknown interference that suggests the Ghosts of the title might have hitched a ride on the static.

Possessed as it is of these Horror tropes The Hollow Ward has a very distinct demographic appeal and if you revel in these unsettling atmospheres then I can’t recommend it enough. Whatever you do, however, don’t listen alone.