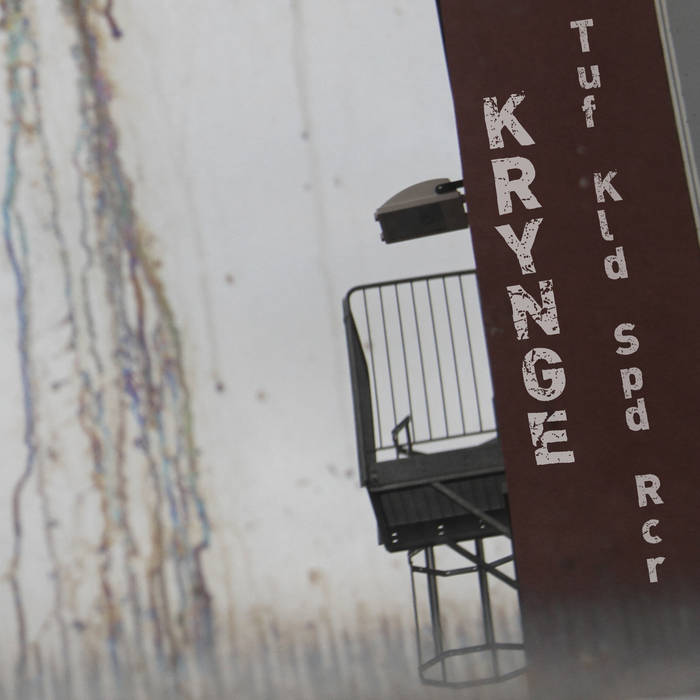 KRYNGE, the multi-collaborative international supergroup, was the brainchild of Zan Hoffman in 1987-88 and features recordings of his home taping friends reimagined. Acknowledging the debt the contemporary experimental music scene owes to the pioneering work of the tape-trading and mail art scenes, Attenuation Circuit celebrates the 25th anniversary of KRYNGE by re-releasing the original cassettes on CD, with this one completing the series. The Krynge series comes in a dedicated new design while also containing reproductions of the original cassette cover art.

“Tuf Kld Spd Rcr” has almost the same title as its predecessor, with Tuf being the moniker of a new collaborator that had not been present on the previous releases. The 32-minute album comes as a kind of remix, with very little similarity to the ‘original’, of the previous album. Krynge’s long-standing collaborators Minoy and Swinebolt 45 again supplied home recordings that Krynge reworked with the 4-track recorder. The result sounds very much like an irreverential reimagination of very early musique concrète with Schaeffer & Henry on speed. Lots of machine-like rhythms that sound like found footage from way further back than the eighties, like early movie soundtracks, also give the whole thing a cartoon-like atmosphere: What is this I’m hearing, the pounding of approaching train while Bugs Bunny, tied to the rails by Elmer, screeches on another track? Very much variety here, and a quite entertaining use of the collage principle. Perhaps, if the humorous, fancy-free Krynge approach would not prevent us from using such big words, the most ‘mature’ work of this early project by Zan Hoffman.