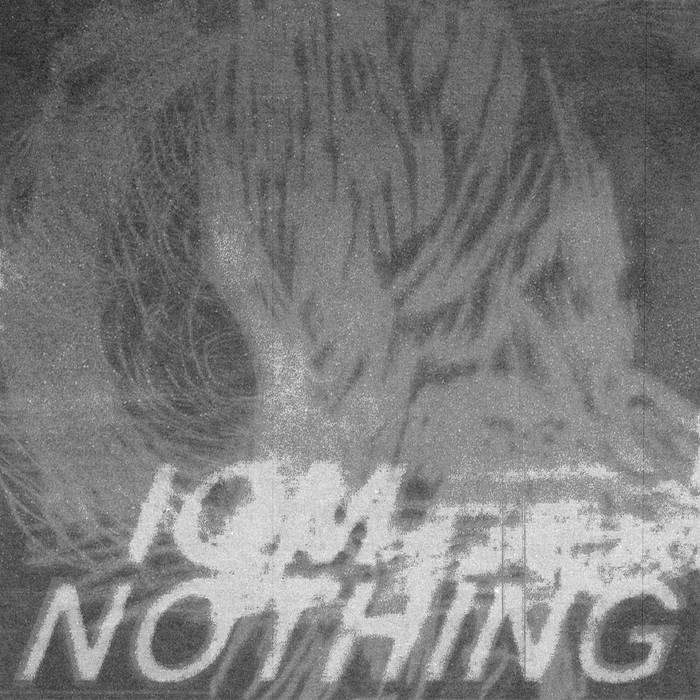 You want to experience joy? Why not become evil! “Nothing” might cater to the nihilistic people out there, but as a full blown person that isn’t one of them, I can gladly report to you that this might as well be well worth a listen if you are into the opposite of nihilism. I mean there might be a gigantic chance that the music over here would simply dig it’s way in, that in the end your fruitful hopeful look on life simply gets annihilated & you will become the unemphatic nihilist that you might have avoided at all times yourself. A strange transformation that would probably transfer beautiful coloured butterflies straight back into grey looking psychopathic caterpillars,

The music isn’t nice, never trying to be. It’s there to dig around in the hot hate with an certain ice coolness over it that feels like it could burn down entire cities. The vocals in here are giving me the ultimate shimmers; they are punk as hell and very meaningful, it’s as if they scream out the pain that you feel somewhere deep within your system, expressing thoughts that you might never have guessed that they had been hiding in there, but so painfully expressed that you know it’s a true relief to hear them expressed under the annihilating sound of big banging powerful industrialism of the most unforgiving frightening kind. In here lays the power, as who doesn’t love the banging bangs, the loveless industry of machines beating the shit out of beauty as we know it? It’s better than chopping down trees or blatantly stepping upon new born flowers in the back yard; but it’s just as satisfying.

It’s as if you had joined the bad people, the evil doers in the movies, the dark lords in a dystopian future in which all free thinkers are locked up and chained up to work in a coal mine of some sort. Hard labour will be their future, as we accept to roam freely in the bleakness of feeling no mercy, nothing but nothingness for them or any life on the planet. The music just burns everything up and you know what? The dark expressive soulless expression is bloody well perfect! The power to be one with the villains is stronger than the one of becoming a holy saint for good and in the end rocking out as the cynical nihilist that we all will become will give us nothing but stale cold hearted energy to overthrow powers of good, mash everything up and take shit from absolutely no one! It feels Freaking great to be evil!
<KN>