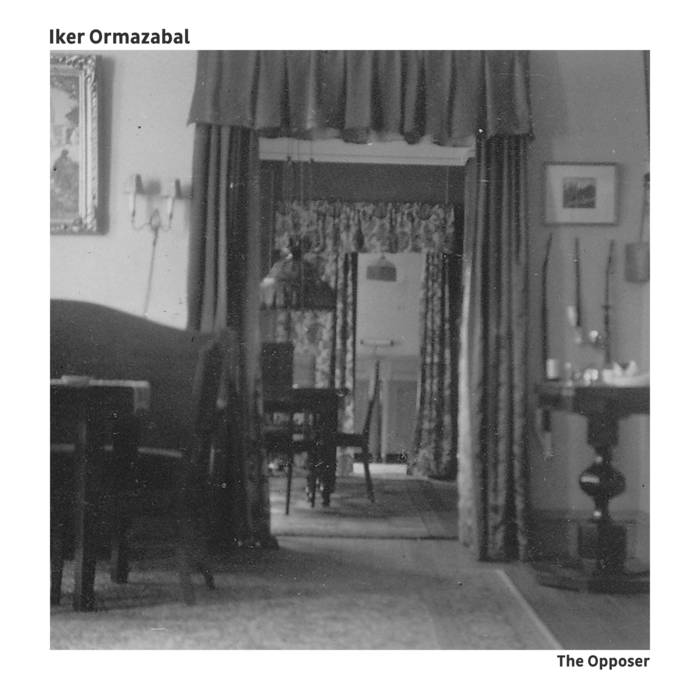 Guitar, effects, and oscillators are the ingredients London-based artist Iker Ormazabal uses to create four long tracks of dark, ominous, yet at the same time refreshingly spacious drones. A very emotional and varied take on the guitar drone genre.

Iker Ormazabal is a versatile artist also working with processed field recordings and in various duos with other performers. This is his first release on attenuation circuit. It perfectly matches the label’s strong interest in drone-based music, but adds another colour to AC’s palette as this is the most guitar-heavy drone album on the label so far. Fans of Fear Falls Burning and the like should definitely give this one a listen.

The second chapter is like being the suspended body but then with electric raw forces pulling the body parts as if they are reacting to magnetic forces. it’s amazing to know that the basic ingredient was once a guitar as this work sounds like the kind of innovative sound performance that would make the inventor of the guitar turn in its grave. a great sound procession as the electric magnetic pulses become more mind opening as the track evolves in psychedelic ambient noise that has such a pleasant vibe that seems to be made for inner travels through the own mind. The music is really out of this world and when the piece starts to be fanatically dressed in a rhythmic way the experience can be felt in the gut of epic-ness. Flotation is a first step with the music production skills of Iker Ormazabal as here it’s tumbling, bouncing and flying like nothing done before.

After all the awesomeness the work still goes forward and stronger. The third section might start with a buzz but it’s the kind of buzz that warms up and interlocks like a pair of fitting gloves to the pleasure centers of the brain. The buzz moves and grows more into a warm exciting wave that gives away pulsating pulses of industrial joy. When the artist inserts a well-organized and planned breakdown; a feeling of release can be found that grabs quickly onto a different direction of amazing sound. this time it’s like an old fashioned call-in modem from the early internet days that comes to embrace the brave sonic adventurous explorers like a warm scarf.

The last piece is like the machines of a heart meter in a hospital meet up with the excellent layer on layer workflow of the opposer named Iker Ormazabal. the machine field molds into each other and before the listener can hold on to their relative sense of being in the now; the exploration turns into a beautiful but loud Ohm state of energy that comes across to me as being one powerful soundscape that creates the lasting feeling of being one with the industrial side of the universe. did I already wrote down that it is amazing?
<KN>
yeahiknowitsucks.wordpress.com/2014/10/03/iker-ormazabal-the-opposer/