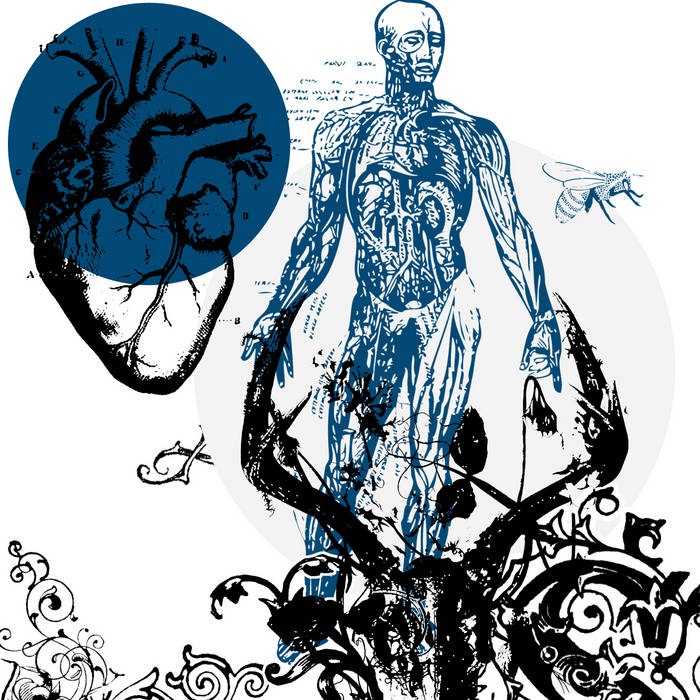 Lefterna is Macedonian artist Boban Ristevski. His work charts the grey area between noises (in the sense of everyday sounds) and noise (in the sense of harsh sonic experiences). While other releases chart the realms of field recording, loop-based rhythmic post-industrial music, or drone, “Reach Out” clearly occupies centre stage in the harsh noise wall department.

The opening track of this 30-minute album bears the title “Barely a trace.” This seems quite programmatic because there are many moments throughout the album that seem to resemble the sounds of mechanical machines of some sort, but then again might still have been produced completely electronically. So if there ever was a real-life acoustic artifact to begin with, it has left “barely a trace” in the finished work that enables identification. The fourth, rather quiet track is correspondingly entitled “Disappear.” These markers allow us to read the album as a commentary on the idea of “noise” as that which makes traces illegible, “fucks up your system” (Thomas Pynchon) of representation. On a less conceptual, more visceral level, listening to the album induces a strange state of timelessness. The sound seems to be perpetually moving, but going nowhere – an experience that perfectly captures the contemporary experience of being swamped by information without being able to process it, let alone, act upon it in an adequate manner.

A new morning, a delicious day with (at least over here) a pretty shining sun. What can be more pleasant then tuning into Lefterna’s newest release? It’s easy, plug and play material that quickly compliments the sunshine by instantly covering it all up with a thick sounding fog of pleasant noise. It’s not the sound of weather modification, but the sound of crunchiness that covers the blue skyline into a thick gray zone.

From here Lefterna decorates the environment with state of the art sounding stainless steal exposure, giving the atmosphere a clean and hygienic feel that reminds of washing hands in a sink that always has some fresh water flowing through a maze of stained pipes.

The first session in which the sound of Lefterna is reaching out slowly to get you is than making its first appearance. It’s a slow moving piece of warm fuzzy thick noise that becomes more and more rich as it progresses. It’s a bit like following the stream of a heavy waterfall that speeds up towards the drop.

The moving vibe makes place for some time relaxing in the toiletries, luxury bathroom or other description for something that has been quite wet and musty. Perhaps to say that it could be a bathhouse with a hot sauna and some local spring of delicious fresh sounding fog. The soundtrack has something very relaxing, a bit like good old New Age music in which fanatics can meditate in order to feel not only clean from the outside but also rinse the shit from the inside. Such a nice world of calmness, than gets easily thrown out for more sessions in the ‘reaching out’ sessions.

Strangely after the whole relaxing vibe the noise are pretty relaxed sounding too, as if it’s a hard back-rub done with good intentions, ready to get the dead cells rubbed of the skin and get some good blood circulation going on. The different parts of the reaching out sessions makes me feel like trying out different baths in the massage parlor. One is good for the heart, the other one will bite all the dirt from under the feet away & another just helps to relax and get on with it.

When the whole release has been listened, I feel like slapping on a towel, wrap myself in and drink a fruity exotic detox drink and think about how healthy the release made me, how shiny the new skin is and how clean everything feels. Even the ears have been deeply scrubbed, I guess by ‘reaching out’ long enough the inner cleansing is pretty much covering all the hearable holes on the body. This release saves money as luxury bathhouses, saunas, showers, bathing, massaging, and professional body and ear cleaners all cost an expensive dime; this however is just seven euro & can be visited and played for the rest of your entire life! An extremely good deal for all the health and beauty fanatics out there!