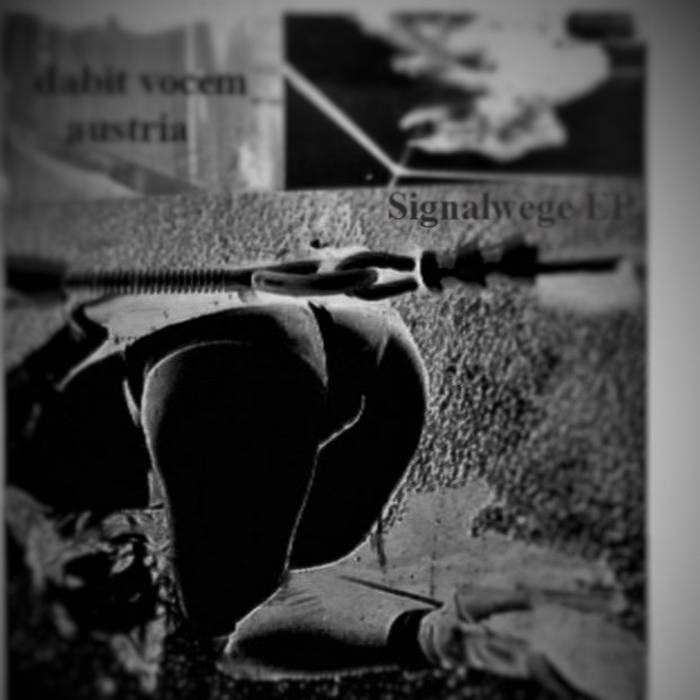 all tracks made with Kaossilator Pro, Monotron and a Denver portable radio.

Suddenly it pops in; the voice that speak an non-language of groove that I can’t understand, yet i feel like picking up a toothbrush and reenact the moving sounds while scrubbing the backside of my teeth. For music reviewers sake I do this. Brushing my teeth and listening to the voice makes the whole experience a interaction level going up. Like this the voice comes out more clearly, becoming some robotic mumbling that obviously has for a robot, quite some amount of groove in its oiled backbones.

Like this I brush away and listen to the voice, even though unfamiliar with the contents of what it wants to say on repeat; i respond by dancing to the rhythm. It’s a funny sight looking in the mirror with a mouth full of toothpaste drool, toothbrush brushing those yellow stained teeth while the rest of the body moves like some funky funkadelic on something that isn’t really dance music… Or is it? But who is hearing a rhythmic voice in a unknown language is better of than hearing one who is monotone and full of bullshit. Goth, we hate bullshit over here. (Not bullshitting you..) but this voice is one that whole body could react too by dancing on its speaking flow. You could listen without attempting to reconstruct the groove by brushing your teeth, but to be honest; listening like this is lots more fun!

Then the voice quits and another idea pops up; try to find yourself a electric toothbrush and get rid of the brush part.. So you just have the device without the brush.. Stick it in your mouth and go and attack those aggressive pieces of plague and tar, coffee stains and cigarette burns. Why? Because it works so well when listening to the next session. It’s one that seems to stop the conversation but brings in a load of anti germs, directly in to the mouth with hammers and other sound weaponry of glorified bacteria killers.. Seriously I could hear them beating on the inside of the mouth, muffled and yet more clear; you might want to move and wiggle your tongue around to get the music session even more interactive and interesting. Certainly I’m experiencing some insane brain malfunction right now, but at least the music over here is pretty much on the same level; a perfect match made in the asylum.

The third section brings back a new voice section and they pair with the sounds of the tooth decay fighting sound members collected from the finest dentist laboratories. It’s first an bit of an explanation, getting nicely accustomed to the madness, and then getting rhythmically prepared for a mental meltdown of sound waves that come in like refreshing water with mint and green tea flavor, and nasty sounding high frequencies to silence any ulcer that would have loved to pop up and check what the hell this is all about?

Another muffled voice flips in introducing a new mental blow to common sense; quickly the voice spits out a refreshing hiss to clean the mouth for a last take of unwanted cavities attack. Enormous amounts of modern high tech laser techniques are beamed in to crush anything that moves between the saliva, and even if they might go down that deep hole in the back of my neck; some modern day tool twirls itself in like a wet hypersonic ragdol and wipes it all out again.

At this moment i realize that I’m not dancing any more, that my face is covered in a mixture of toothpaste, snot, slime and hollow eyes have turned upside down; this stuff is as psychoactive as it could be! Creatively sneaking in with a voice and slowly taking away all your sensible senses, replacing it for a session of certain insanity. But it’s not an insanity that is scary, but one that is actually done so gradually that it doesn’t feel like a negative experience at all. Besides at the end of the session the music in my head (that had been clearly focusing on things happening in my mouth) has the polite kindness to take us slowly back out of the psychological audio trip. That’s quite nice and gentle as for some reason i feel if it did not provided such a nice ending; it might have turned me into a drooling tripping tooth-decay-free zombie forever. I can already see the headlines in the newspaper: person found non responsive standing in front of mirror, face and mouth in suspicious condition, But with very clean teeth!

Be careful as this might make some people insane! When listening, for your safety, please follow through all the way to the end, make sure electric is steady and that you are mentally strong enough to let this stuff enter your head… Have fun!
<KN>