where my mind comes from 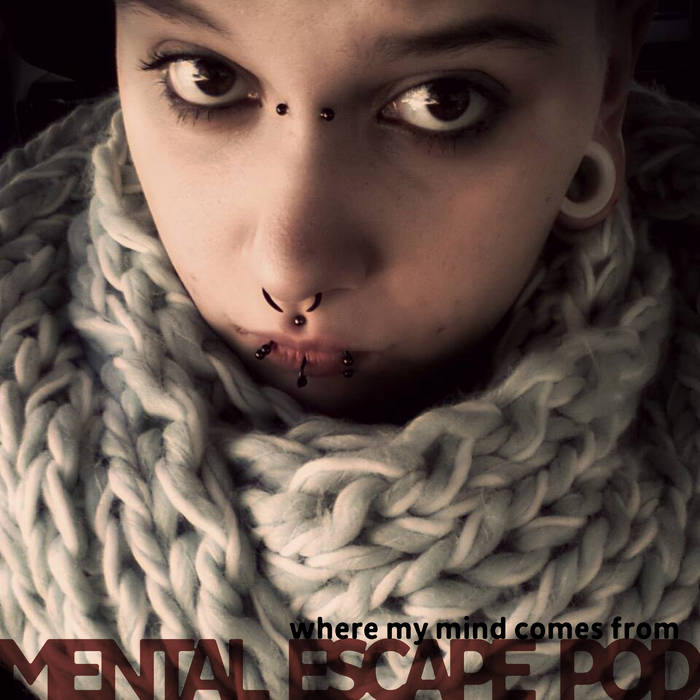 picture by Alexx
music by MEP
design by EMERGE

Mental Escape Pod curiously produced an album for listening. It’s like a dark soundtrack of sounds for a movie that only exist somewhere in someone’s mind and imagination. I sit there, feet on a chair and dipping my hands deep into a bucket of popcorn. The movie is dark, surreal almost invisible. The sound effects give a feeling of traveling somewhere else by showcasing electronic engine sounds until they quickly leave the screen cold and blank. From here the only lights that appear are the ones that show the nearest exit and the closest bathroom. Yet, the soundtrack freezes anyone in order to refrain from moving. The non-existing movie for the mind feeds slow firework bombings, lifting up the dark environment of the cinema of the mind before giving another special effect that makes me feel like tumbling down into the deep surface if underground material.

Arrived here the whole place gets filled up with a short gas exposure that obviously comes from the appearance of some alien race. Strange hollow bass fills up the void while strange German voices are being strangled into alien communication. The whole atmosphere is one to leave shit-marks into the private imaginative cinema seat; it’s dark, quite frightening and lonely; as if any moment a thunderstorm of heavy rain would break out from the ceiling. The popcorn is being squeezed to pulp in my hand instead that any of it enters my mouth; it’s pretty exciting and yet so vague.

The soundtrack blushes in the sound of death, a smell of decay and strange loneliness. It comes in like delicate brushes, humanizing the entire cinematic experience with a certain sadness, something that set to think of things like emptiness, nothingness and the fresh breeze of a few escaping souls. Strangely this setup of a scene is oddly comforting, as if it intellectually whispers in ones ear that nothing in life is worth working or fighting for as in the end we will be all turned into nothingness. This chapter is called ‘the green beast’ which might refer to the thoughts of the big elephant in the room; what is the meaning of life, and are these thoughts mine or is this just a projection of the mind of someone else?

The final chapter of the experimental non existing movie screening is leaving me as frozen and stunned like a hollow corpse (still aimless with hand in popcorn bucket) in the fold-able imaginative cinema seat. It’s a exposure of a calm flow, generally spreader out through the Dolby surround speakers making me feel like the last escapes of oxygen from my lungs are flying out, leaving me seated like some dead prop in a pirate of the Caribbean movie. When the track stops and silently the imaginative cinema lights turn on, I ain’t moving anywhere. In fact if you join the next screening you might take a seat next to me and the other lifeless corpses; plenty of room available! Please join us! We might not be a happy bunch, but at least we are waiting for you…