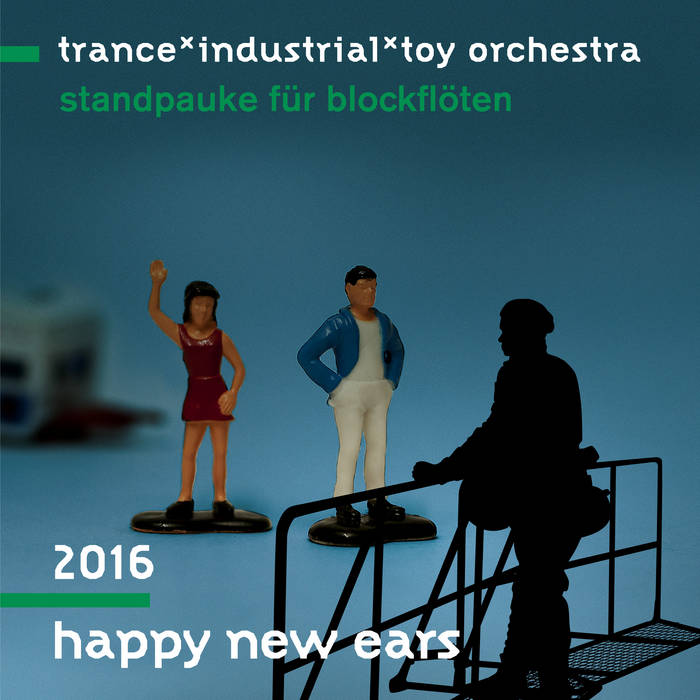 »The year started with the annual inclusion of the good spirits
that will boost everything into a røhricht something.« (Meta Battle)

Trans Industrial Toy Orchestra TITO was founded during winter 2001/2002 by the transindustrial network as a platform for performance. The basic idea was to use all these toys which make noise and which are thrown away by parents when their children become older. But TI artists never get older, definitely they liked all of these childish games. A big collection of strange & noisy toys grew, and after two rehearsals in Amsterdam and Hamburg the first public performance in January 2003 at ZAAL100/Amsterdam was realized – headlining the first toy opera written by Jan van Wissen. TITO performed at various urban venues placed at Hamburg, Amsterdam, Bremen, Tokyo as well as in villages and landscapes like Veenhuizen/NL or in the australian bush. Some of these performances and studio recordings are also available as CD or vinyl LP.
TITO always collaborated with numerous artists and invited them to join live appearances – when the original line up of transindustrial artists split up after 2009, Oldenburg based artist Herr Penschuck started to host the happy new ears sessions and invite contributors to remix the footage.

This ’Happy New Ears‘ release is meanwhile the 7th in a row.
Welcome and thank you!

Original Mix recorded at The Pollite Space, Oldenburg i.O.
TITO was renamed into Ti*TO in 2009 in order to appreciate the exit strategies of some members.