Love Is A Machine

by Mystified with Scott Lawlor 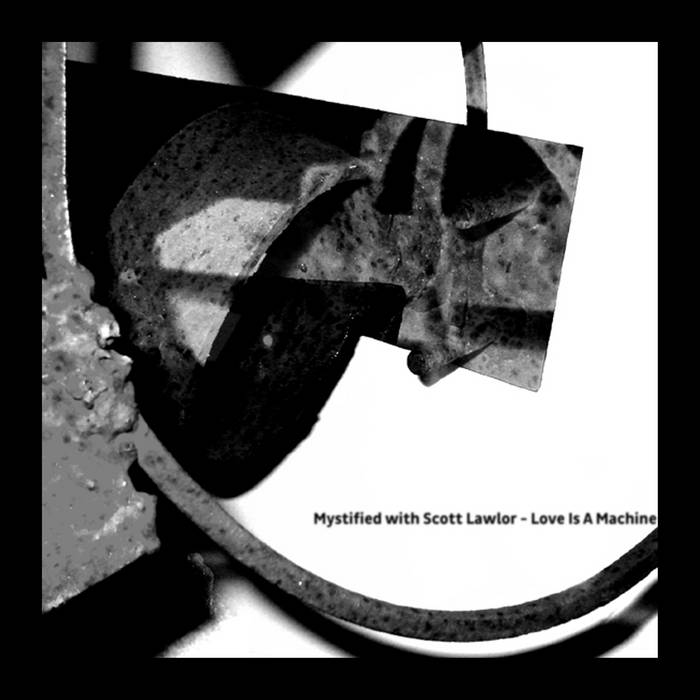 "Love Is A Machine"-- your worst nightmares may be true. Love is anything but, you might say-- it's a feeling, a being, a spirit, a creature. . . afraid not. In his audio laboratory, Mystified has discovered that love is indeed a machine, and his sprawling industrial soundscape proves this point. Special thanks to Scott Lawlor for some of the mechanical cycle sounds in the background of the piece.

Another trio of new releases by Attenuation Circuit and here we start with a name we heard before, Thomas Park's Mystified project, of whom we reviewed quite a bit before, who gets credit here for sounds and composition, while one Scott Lawlor is responsible for 'some sonic treatment'. I never heard of him (I think), but on Discogs I see he has quite an impressive discography and judging by the titles and labels, I would think his music is very much rooted in the world of drones and ambient. This particular collaboration is not much different I would assume. There is an extensive amount of sound effects that effectively transform whatever input. Ideally, looking at the title, I would say this is all about machine hum, an one-off recording with no editing, of some sort of machine room, and on top of that both artists freely play around with the stomp boxes, chorus, flangers, phasers, delays and of course reverb, to expand all of this into one might, forty-eight minute piece of ambient industrial music. In the final ten or so minutes, the machine becomes a conveyer belt, and with that comes the notion of rhythm and reminded me of a not too great live recording of Vivenza, albeit now with some of that lo-fi charm. It is nothing spectacular, nothing you haven't heard before from Park (and as said, I can't say that about Lawlor), but as always I have a weak spot for that ringing industrial drone.
(FdW)
www.vitalweekly.net/1070.html