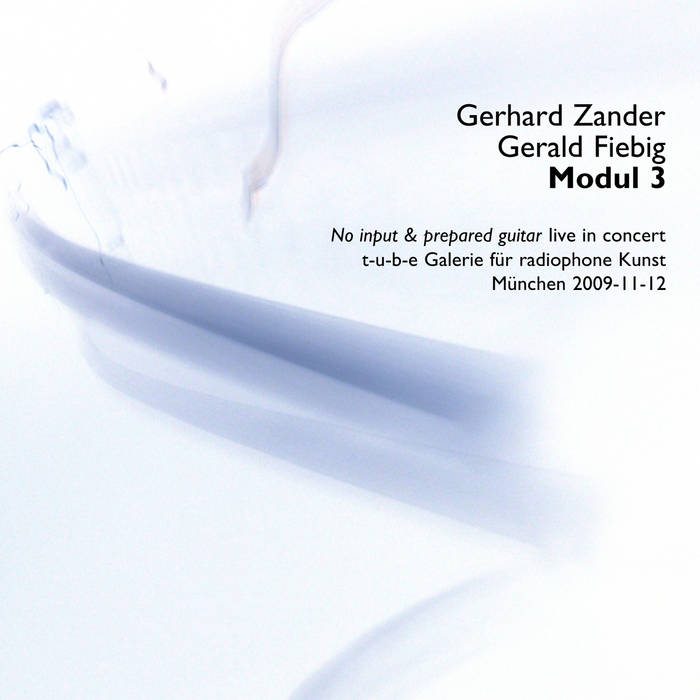 „Using effects devices, Fiebig and Zander wrest an anstoundingly wide range of tones out of the mixing board. One seems to hear a whistling wind, a communicative alien, shrill screams, chirping birds, melancholic whales, upset monkeys, begging seals, snarling dragons, mating calls of a species yet to be created, the sound of sucking the last bubbles of air from a milk shake, or the sound one makes when peeling off a stubborn sticker with one’s fingernails,” writes Timo Lokoschat on www.abendzeitung.de in a review of the concert documented here in its entirety. Following the netrelease “Modul 2” on the Brainhall label, “Modul 3” is the first CD album by duo Gerhard Zander/Gerald Fiebig. The booklet of the limited edition contains an essay by Gerald Fiebig on the duo’s improvisatory aesthetics (in German).