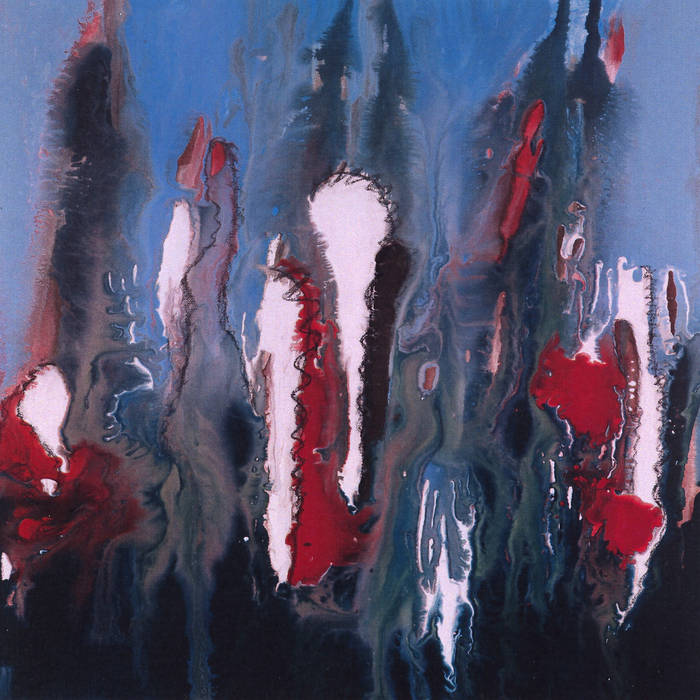 Given that this album is part of the Rollator Series, dedicated to noise art, it starts with a surprisingly un-noisy performance of sound artist Gerald Fiebig reciting a poem. In the following tracks, though, meaning is reduced to noise as the recording of the poem is cut into tiny fragments. These are used in two 15-minute improvisations along with a miked-up violin bow and synthesizer drones which Fiebig uses to “play” the sculptures and paintings he found in the artists’s studios where these performances were recorded.

The performance triptych documented here was conceived for a project in which artists opened their studios in Pfersee, a city district in the artist’s neighbourhood in Augsburg (Germany), to the public. Performing in three different studios, Fiebig moved from “Word” (the poetry reading) to “Noise” (voice samples plus amplified violin bow and sculptures by Günther Posch) to “Tone” (voice samples plus violin bow samples plus synthesizer and paintings by Gerti Papesch. Using a technique pioneered on the album “Hörbar in Farbe” (attenuationcircuit.wix.com/attenuation-circuit#!__hoerbar-in-farbe), the colours and shapes of the abstract paintings were used as a “score” for creating drones with a synthesizer and KAOSS pad. Thus, the album is a gradual development away from language and meaning (signal) through fragmentation (noise) to a new kind of structure, somewhere on the edge between noise and (musical) signal. To give the listener an impression of Gerti Papesch’s paintings that were used for creating the final part, one of them is reproduced on the cover of the album.